The original Starcraft was a sensation back in 1998. It brought to the aging Real Time Strategy genre an intricate story line, top-notch graphics, and three distinct (yet impeccably balanced) factions. To RTS fans playing games like Command & Conquer, Age of Empires, and Warcraft 2 it was something totally unexpected and definitely welcome. Blizzard didn’t so much expand the RTS formula, but they refined it into something damn near perfection. With Starcraft 2, Blizzard is forced into a balancing act: The competitive multiplayer needs to maintain its winning core, but too little ionnovation will have people screaming “rip-off.” Did they succeed?

The crux of the Starcraft experience has, as expected, largely remained unchanged: Worker units harvest resources to fund base expansion and unit production, and armies of units are used to lay waste to your opponents. There are some cool new units, and a few mechanics have changed (Zerg creep production, for example) but we’re definitely still talking about Starcraft. Each race has received a few units to fill in some of their weaknesses, which leads to more interesting strategy and counter-strategy in multiplayer match-ups. In addition to new units, Blizzard has added environmental elements like the Xel’Naga Watchtower and destructible rocks. The former, once activated by a unit, allows vision of a large portion of the map, while the latter can shape the course of attack and expansion.

Whether you’ll enjoy the multiplayer is entirely dependent on whether you enjoyed Starcraft’s multiplayer. It’s the same fast-paced game you remember and, if that sort of thing appeals to you, you will absolutely love it. The biggest change that Blizzard brought to multiplayer is the new Battle.net. Your first five online matches will place you in a league. Each game pairs you with a player of similar skill, occasionally testing you against a more skilled opponent to see if you are ready to move up. I’ve found the matching to be extremely well paced. I lose as much as I win, and most of the matches are nerve-rackingly close.

The new Battle.net also adds a full Achievement system (heavily influenced by World of Warcraft), with some achievements unlocking visual rewards like character portraits and unit decals to be used in game. The full force of the social-web revolution is also brought to bear, allowing you to compare and compete with your friends for ePeen. This semblance of persistent character progression adds another layer of addictiveness to the Starcraft multiplayer experience that’ll keep you playing to unlock the next reward. The multiplayer innovations may seem a bit sparse – and they are – but Blizzard wisely decided not to mess with the magic (C&C4, anyone?). It is in the singleplayer campaign that Blizzard was truly free to tweak and fiddle, and they succeeded wondrously.

There are around thirty total missions in the Wings of Liberty campaign, with a single play-through hitting about 25 of them depending on the choices you make. That’s right, there are choices. Each mission is bookended by in-game cinematic cutscenes that progress character-level plot. These scenes are well shot, the voice-acting is tight, and the Starcraft 2 engine shows that it is more than capable of rendering highly detailed characters and sets. There’s also a distinct Firefly vibe, which nets the game huge points in my book. After the closing scene for a mission, the player is left to explore the mission hub world. The locale changes occasionally, but you spend most of your time about Raynor’s ship, the Hyperion. This is where you get the chance to hobnob with the crew, research persistent tech upgrades and select missions to embark upon. 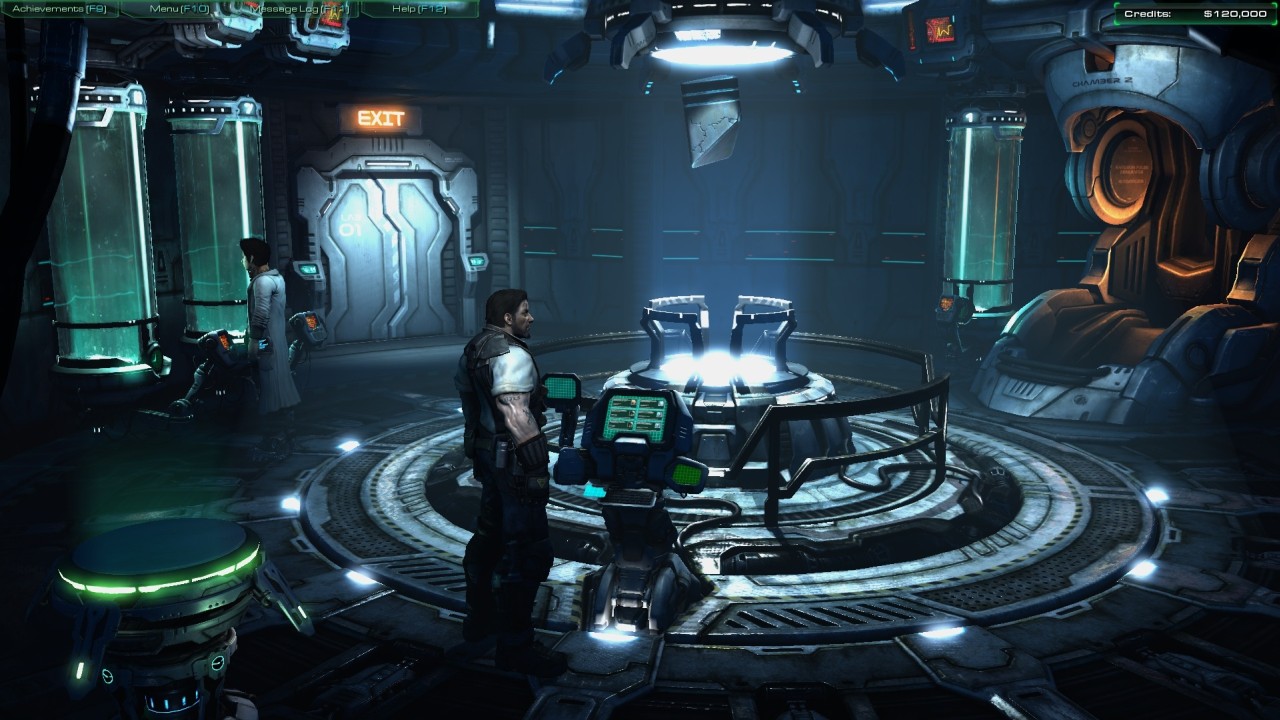 The meta-game of tech upgrades and research is an excellent one. Most missions have optional objectives that net you research points in either a Protoss or Zerg tree (generally depending on who you’re fighting against). Every five points unlocks one of two upgrades in that tree. Selecting one will lock the other, so choose wisely. These upgrades become quite powerful in the end-game, which lends some serious weight to optional objectives. Each mission also awards you with cash money, which you can spend to upgrade your existing units. These upgrades aren’t nearly as interesting as the spoils of research, usually consisting of a flat damage, health, or range increase but they are still useful.

The missions themselves are extremely well designed, with each new mission adding at least one unique twist on the general gameplay formula. My personal favourite, titled Outbreak, tasks the player with defending a base against ever increasing waves of infested Terrans during the night, while cutting a swath through the enemy bases by day (making sure to pull your forces back to the safe confines of your base by nightfall). To add to the challenge, the optional objective requires the player to seek out and destroy Infester units, which only appear after dark. This kind of creativity in level-design is prevalent through the entire Wings of Liberty campaign. Thinking back, I can’t recall a single mission that was simply a standard skirmish against the AI. 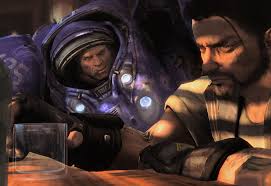 If balance is the most praised aspect of Starcraft 2, the second-most is the plot. Indeed, the Starcraft universe feels vibrant and alive, the characters are multi-faceted, and the scope of the plot is suitably epic. The story itself, though? Honestly, it was a little weak. There, I said it. Like Dragon Age and Mass Effect 2 before it, Starcraft 2 falls into the category of “games renowned for their plots that really had very little plot to speak of.”

Allow me to explain.

All three of these games succeed gloriously in allowing players to affect the direction of the story by choosing which missions to undertake, and in which order. The result of this is not unlike the plot arc of a serial TV show. The player is left with tiny, independent chunks of story strung loosely on an overarching framework. While the morsels may be delicious, the meal as a whole is a little lackluster. Anyone summarizing the plot of Dragon Age would only be able to scrape together a single sentence: “Monsters are attacking, and the player gathers and army and defeats them.” Mass Effect 2 had a very similar story-line, and so does Starcraft 2. There are no real plot twists, any betrayals you face are largely inconsequential, and the plot chugs forward exactly as you would expect it to.

Now, I am not ignoring the fact that Wings of Liberty is the introductory chapter to a trilogy of campaigns. I fully expect the combined plot of all three games to far exceed the stories told in each individual arc. Wings of Liberty, like Dragon Age and Mass Effect 2, doesn’t have a bad plot, it’s just not as incredible as the ravings of nerds would have you believe. Strip away the gameplay, and you’re left with a pretty generic made-for-tv movie.

Despite my misgivings about the plot, Starcraft 2 is a masterpiece of the highest caliber. Blizzard has taken on the challenge of creating a successor to one of the most popular games of all time, and has delivered on all counts. From hyper-competitive online gamers to solitary lore nerds, this game has a little of something for everyone and I cannot recommend it more.

Here’s hoping we don’t have to wait another twelve years for the next installment.