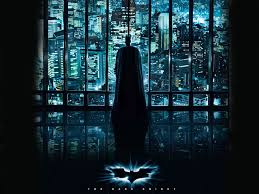 So with the announcement of the new title, Christopher Nolan has confirmed that the 3rd Batman film will wrap up the trilogy and bring in both old and new characters. It has also been confirmed that the Riddler will not be appearing in the film. Two things have got people debating: the significance of the title and, as usual, which characters are going to be appearing in the film. The title has been polarizing. Many people have said it sucks (I’m leaning towards it now) and others have said it has significance to the story (a lot of people also pointed out that the title is capitalizing on it’s predecessor’s success). Nolan himself said earlier that calling the 2nd film The Dark Knight means more than using “Batman” in the title, within the context of the film itself. While I don’t necessarily think the title sounds great (of course it doesn’t reflect the movie’s quality at all), I do know that Nolan, who studied literature, has a way of fleshing out the meanings of his titles throughout his films (just look at The Prestige or Inception for examples other than Batman). So what does the Dark Knight rise from? The shadows? The darkness? Since the last film ended with Batman taking the heat for Harvey Dent and going into “hiding”, it would make sense that his honour is restored in the final film, due to a major threat or disaster. Whether the title is lame or decent, I’m pretty sure it will serve a purpose as far as the story and themes of the film are concerned.

Regarding the characters, the important one to discuss would be Tom Hardy’s role in the film. Everyone has been debating who he will be playing, including myself. A friend of mine, M.T. , brought it to my attention the other day that many people were suggesting that he would play Detective Harvey Bullock. I don’t know too much about his origins, but a quick search tells me he was assigned by a corrupt mayor to follow Commissioner Gordon. He later turned over a new leaf and became a more honest cop, but he still had a general dislike for the Batman. I don’t know how these rumours started, but I wouldn’t doubt them. Bullock would make a perfect character for the third film to track down the Batman.

One thing Nolan has guaranteed is that we will see familiar faces from the previous films. Prediction time! Obviously, the Joker, Harvey Dent, Ras al Ghul, Sal Maroni and Rachel Dawes will not be appearing in the film (neither will Bruce Wayne’s parents for that matter). Carmine Falcone, who we previously saw doped up on the fear toxin in Batman Begins will probably appear, but who knows how relevant he will be. The Scarecrow will most definitely make a longer appearance here than he did in The Dark Knight ( I really do think he will be essential to the plot). The question of who the villains will be is puzzling (no pun intended, as the Riddler won’t be here). I put my money on Black Mask, Deadshot and Dr. Hugo Strange as the three finalists, mainly because I can’t think of anyone else who would be realistic enough in Nolan’s eyes to make an appearance. I think Black Mask could take over Gotham’s criminal underworld, hire Deadshot to take care of the Batman, and maybe cook something up with the Scarecrow. How Dr. Strange will fit in, I have no idea . The Penguin could very well appear but based on Nolan’s earlier comments, he has a 50/50 chance. Another idea is that Tom Hardy may turn out to be a super soldier experiment gone wrong, turning him into Bane. That is something I would not like to see, just because it will not necessarily fit in with the reality of the film. Catwoman is a possibility, but really, how would you bring her in now, and not make it look stupid? She is a thief after all, and all the acrobatics will probably look out of place unless accompanied by a very convincing, detailed backstory. People have also raised the question of whether Edward Nigma (Riddler’s alter ego) will make an appearance as opposed to his other persona. That makes an interesting debate but I’d rather wait it out and see what comes up. It really is difficult to predict who will make an appearance since there are numerous opportunities, but one thing is for sure: things will escalate in the third film and the threat will be bigger (I don’t know how you can top TDK’s threat unless Nolan brings in his love for James Bond into the matter). A major gang war is all I can think of right now, but I’m pretty sure that will only be the beginning (if done at all) for the third film.

I really do think Black Mask will be in the film (I know I’ve said this to death already) because he strikes me as someone who shares similar ideology with the Batman (in a twisted perverse way, sure, but it still counts in my book).Whatever turns out to be the case, I’m sure Nolan will surprise us and will do justice to the title that he has picked (it’s really not too late to change it, either). Here’s hoping we have one successful trilogy.

Oh and by the way, I sincerely hope Christian Bale loses that fucking voice and re-invents it from scratch.