A Tribute to the Character Actor: 20 of Robin’s Personal Favourite “That Guys”

One of the most popular articles ever written on the Cracked website was “The 20 Best ‘That Guys’ Of All Time”. Their exact definition of the term read: “A ‘That Guy’ is a B-list character actor who’s just talented enough to secure bit parts in a handful of movies every year, but not quite good looking enough to become a brand-name star”. In other words, these are actors who will often be recognized by viewers who shout out “Hey, it’s that guy”, but no one will actually remember their names. Some of the more notable names mentioned included Peter Stormare, J.K. Simmons, David Morse, Danny Trejo and James Cromwell. I particularly loved this article because as a hardcore film geek who has literally frightened people by remembering the names of obscure character actors, I have a real affection for the “That Guys” of the world and can totally understand what they go through. I can’t tell you the amount of times where I’ve had a conversation with someone where I mentioned an actor’s name and the other person didn’t have the slightest clue who I was talking about. And then I would go on to name several things that the actor had been in, but it still didn’t ring a bell for them. It would be particularly frustrating because I KNEW they had seen a lot of stuff that the actor was in, but they still could not figure out who I was talking about. ARGH!!

The original Cracked article had plenty of great selections, but there are so many more “That Guys” who need recognition, so that’s where my encyclopedic knowledge of character actors shall come in handy. I’ve compiled an alphabetical list of twenty more of my personal favourite “That Guys” that didn’t make Cracked’s cut and showcased their most memorable roles. You may not recognize many of the names on this list, but trust me, you’ve seen them!

-used by director Christopher Guest in all of his improvisational films: Waiting for Guffman, Best in Show, A Mighty Wind and For Your Consideration

-NBC president Russell Dalrymple in Seinfeld, who doesn’t want to produce Jerry and George’s show about nothing Specialty: Bitter corrupt assholes with a sarcastic sense of humour

-sarcastic bureaucrat George Mason on 24, who wound up cracking the #1 spot on my “Top 24 Favourite “24” Moments” list

-the corrupt Secret Service agent in Air Force One

-John Connor’s stepfather, who was killed with a blade through the mouth by the T-1000 in Terminator 2: Judgment Day

-Ralph in Heat, who does not get to watch Al Pacino’s “motherfucking television set!”

-The Kurgan, the bad guy from Highlander

-portrayed a much nicer, supportive prison guard in The Hurricane

-actually played another, but less corrupt character named Captain Hadley in The Guardian 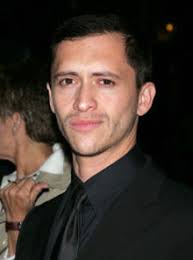 Specialty: Plays a variety of nice and nerdy or psychotic and violent Latino roles

-Mexican underground fighter Romeo who works as a sidekick to the McManus brothers in The Boondock Saints II: All Saints Day (“Ding dong, motherfucker”!) Speciality: Gruff villains and tough guys or good guys with an equal amount of gruffness

-tried to fight Steven Seagal, but got a corkscrew through the eye in Out for Justice

-dim-witted escaped convict Evelle Snoats in Raising Arizona (“Ma’am, you don’t breast-feed him, he’ll hate you for it later. That’s why we wound up in prison.”)

-the angry cop with a “thin dick” in Deuce Bigalow: Male Gigolo

-gruff F.B.I. Agent Paxton in The Rock (“Alexander Solzenhitsyn…yeah, I heard of him. Didn’t he play hockey for the fucking Red Wings?”)

-psychotic Sheriff John Quincey Wydell in The Devil’s Rejects, who will not let anyone say a derogatory word about Elvis Presley

-villainous hospital administrator who will not let Robin Williams goof off in front of patients in Patch Adams (wait, why is he a villain again?)

-can be also be found playing a villain or asshole in such films as The Perfect Storm, Ace Ventura: When Nature Calls, Broken Arrow and Midnight in the Garden of Good and Evil

-also played White House Chief of Staff Ethan Kanin in 24, one of the very few times he has portrayed a good guy

-favourite of director Steven Soderbergh, who’s used him in Out of Sight, The Limey and Traffic

-Carlito’s sidekick, Pachanga, in Carlito’s Way and its straight-to-video prequel

-racist cop who puts Hurricane Carter behind bars in The Hurricane

Specialty: Virtually every other Asian role that needs filled in Hollywood!

-one of the largest filmographies in history with over 350 (!) credits and counting dating all the way back to 1950; had memorable bit parts in such classics as Airplane!, Chinatown and Blade Runner

-provided the voice of Ping in Kung Fu Panda

-yelled “Cartwright!” when calling out for George Costanza in “The Chinese Restaurant” episode of Seinfeld

-Deebo in the Friday series

-the Federated Territories President in The Fifth Element

-fought Hulk Hogan in No Holds Barred and was actually signed by the World Wrestling Federation to reprise the same character in real wrestling matches against the Hulkster; wrestling fans will always remember him as “Zeus”! -Frances McDormand’s husband, Norm, in Fargo, whose paintings made the three-cent stamp

-Arthur Leigh Allen, the main suspect for being the Zodiac killer in Zodiac

-the sheriff who may be concealing a deadly secret in Gothika -Guy Pearce’s F.B.I. partner in Traitor, who bitches about having to chase down terrorists in “the ass end of Canada”, Nova Scotia

Specialty: None, really. Just seems to be a solid go-to guy for playing supporting parts and character roles.

-Daniel Simpson Day, a.k.a. “D-Day” in Animal House; his later whereabouts are unknown

-slept with Bruce Willis’ wife in The Last Boy Scout (“It just happened, right? You tripped, slipped on the floor and accidentally stuck your dick in my wife.”)

-numerous government roles in such films as W., The Sum of All Fears, Vantage Point and Fair Game

-frequently used by director Michael Mann and provided the classic “Wipe that smirk off your face!” courtroom moment in The Insider 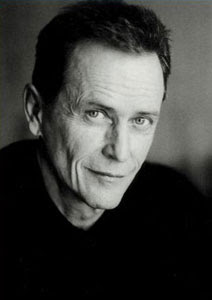 Specialty: A Canadian icon who’s cast in virtually every other Canadian film or TV show or every other Hollywood movie and TV show that’s filmed in Canada

-controversial shock jock D.J. Grant Mazzy (“Mazzy in the Morning”) in Canadian horror film, Pontypool; I even got to meet Mr. McHattie at a screening of this film!

-psycho who tries to rob Viggo Mortenson’s diner in A History of Violence because they wouldn’t serve him coffee (“COFFEE!!”)

-frequently cast by director Zack Snyder; played a Loyalist in 300 and the original Nite Owl, Hollis Mason, in Watchmen

-likes to plays Canadian hockey coaches who wear fedoras in such films as The Rocket and Score: A Hockey Musical

Speciality: Playing military, secret service or law enforcement roles in virtually every other project that comes out of Hollywood

-loyal Secret Service Agent Aaron Pierce on 24, the only character other than Jack Bauer to make an appearance in each of the first seven seasons and delivers one of the all-time greatest burns to corrupt President Charles Logan

-military colonel who’s killed off in the opening scene of Transformers, but would return to play another military character (named General Morshower!) in Transformers: Revenge of the Fallen; will apparently be returning again in Transformers 3

-just way too many military, secret service roles and law enforcement roles to list here, but examples include The West Wing, C.S.I., Black Hawk Down, Good Night and Good Luck, The Men Who Stared at Goats, Under Siege and The Crazies; seriously, just look the guy up on IMDb! 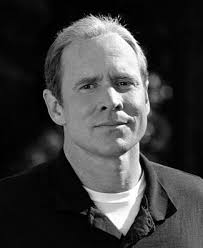 -portrayed Alan Wilson, the super-villain who is apparently responsible for EVERYTHING bad that ever happened on 24

-often cast as a sidekick in Bruckheimer productions, such as Armageddon and Gone in 60 Seconds

Speciality: Shy, neurotic nerds who sometimes have a darker side

Speciality: Psychotic villains or non-psychos who just happen to be huge assholes

-Kim Cattrall’s unreliable tycoon boyfriend in Sex and the City

-the title character’s father, Harry Morgan, who appears in flashbacks and as a ghost in Dexter

-Ajax in The Warriors, who loves to shove bats up people’s asses and turn them into popsicles

-Joe Mental, the thug who rips off the parakeet’s head before having to sit through a horrible rendition of “Mockingbird” and eventually ingesting rat poison in Dumb and Dumber

-Georgie Weiss in Ed Wood, the producer who actually though it was a good idea to give Ed Wood money to make Glen or Glenda 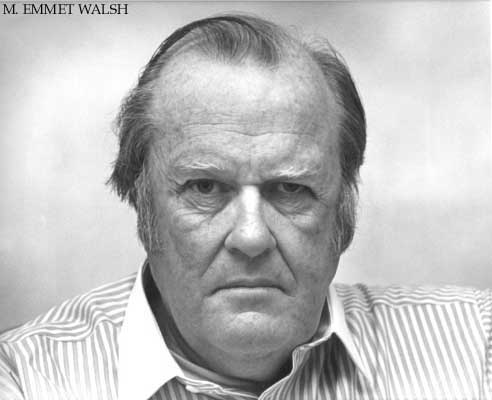 -Roger Ebert once coined the phrase “The Stanton-Walsh Rule”, which claimed that no movie featuring either Harry Dean Stanton or M. Emmet Walsh in a supporting role can be altogether bad (though that rule was broken when Walsh appeared in Wild Wild West)