Runstedler’s Special Christmas Review: Record in a Bag by Hollerado

Posted on December 25, 2010 by curtisrunstedler 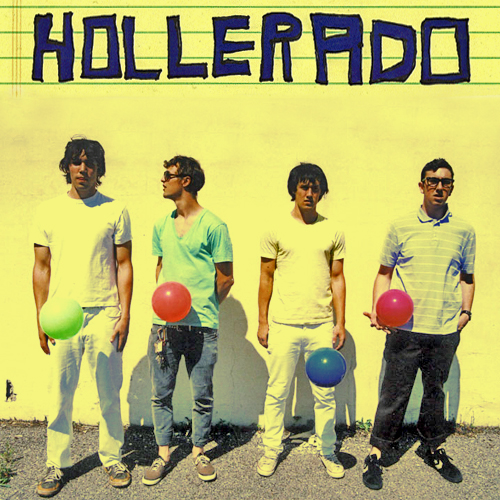 I listened to Hollerado’s debut album Record in a Bag after I uploaded my top ten list of albums for 2010, and because I’m so pleased with my Canadian brothers’ creative output, it’s only fair that I give them a review of their own. Evoking early Weezer and the best that indie rock has to offer, Manotick’s own Hollerado’s newest release serves as a prime example of a blossoming young band with the potential for greatness. With tasteful anthems like “Juliette,” “Fake Drugs,” and “Americanarama” (the music video features Kids in the Hall veteran Dave Foley!), Hollerado break from the usual territory of many Canadian indie rock bands and offer a generous slice of awesome. I challenge you to listen to “Da the Doot Da Doot Do” and not be singing along by the end of it. It’s a nostalgic recollection of The Libertines, and vocalist Dean Baxter sounds remarkably like Pete Doherty. What’s more is that you can download the entire album for free from their website, which is like the cherry on top for this record. I have to hand it to Hollerado, they’re amazingly talented songwriters and they’ll definitely be on the radar in the years to come. Alongside Aggressor, Hollerado emerges as one of my favourite local talents. Record in a Bag is sure to delight. 9/10!