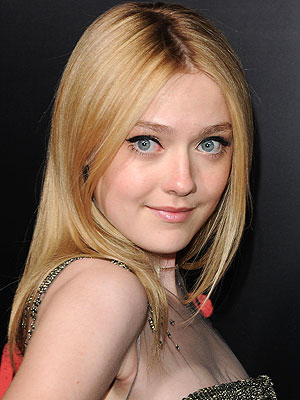 Dakota Fanning began acting at the age of 6, with small parts in “ER”, “Ally McBeal”, “CSI: Crime Scene Investigation”, “The Practice”, and “Spin City”. Her big break came the next year with the release of I Am Sam, in which she stole the show away from Sean Penn’s amazing performance. She spent her youth outshining other A-list actors, such as Charlize Theron and Kevin Bacon in Trapped, Brittany Murphy in Uptown Girls, Mike Myers in The Cat in the Hat, Denzel Washington in Man on Fire, Robert De Niro in Hide and Seek, Tom Cruise in War of the Worlds, Kurt Russell in Dreamer, and Kate Beckinsale and Forest Whitaker in Winged Creatures. Now, as she is getting older, she has given us a much more gritty performance in The Runaways. Hopefully once this Twilight shit is over and done with, she will get back to blowing us all away (even though she does look awesome in the Twilight trailers).