Celebrity Birthday of the Day – April 8 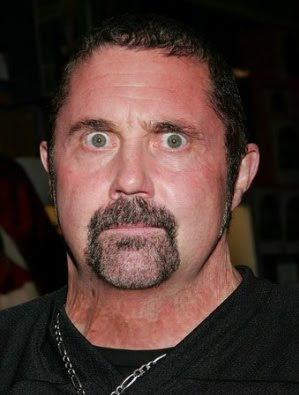 Kane Hodder has played, and done stunts for, some of the biggest bad-asses in film history. He is the only actor to reprise his role as Jason Voorhees, having played him in a total of 4 of the Friday the 13th films (parts 7, 8, 9, and 10). He also played Victor Crowley in the Hatchet series, Ed Gein in Ed Gein: The Butcher of Plainfield, and will be playing Little John in the upcoming Robin Hood: Ghosts of Sherwood. He has also done stunt work on films like The Hills Have Eyes II, Leatherface: Texas Chainsaw Massacre III, Under Siege, Demolition Man, Se7en, Spawn, Enemy of the State, Gone in 60 Seconds, and a whole slew of others. One quote of his that cracks me up is when he was asked what he thought of Jason’s new look in Freddy vs. Jason (in which he did not play Jason), he said “I guess they wanted Jason to look like a skinny little bitch this time.”