Celebrity Birthday of the Day – April 17 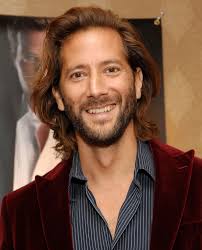 Henry Ian Cusick was born in Peru, and though I never took notice of him prior to 2005, he had appeared in 15 films and television shows by then. When I was introduced to him was probably when most other people were: when he appeared as Desmond on “Lost”. He came out of nowhere, but quickly became a staple of the show. His character was incredibly enigmatic, and Ian played it perfectly. And though he has still not done much else since the show ended, he can be seen in Hitman, “Law & Order: Special Victims Unit”, “24”, and Dead Like Me: Life After Death. Oh yeah, and you can see him playing Jesus Christ in The Visual Bible: The Gospel of John, if you are into that sort of thing.