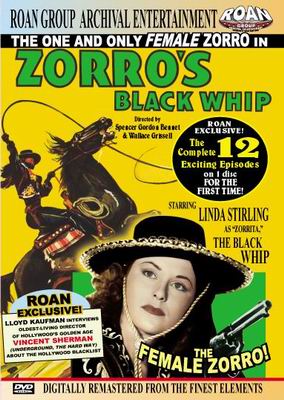 I was recently watching an episode of the Buck Rogers serial when a thought crossed my mind: Who the hell trains these guards? Did they not attend any of their orientation sessions?

Here’s a list of 10 things all guards in serials should be aware of.

1- If you have a weapon, use it. Don’t drop your weapon to engage in hand to hand combat.

2- If you are alone and escorting a prisoner, be sure the prisoner is chained. In fact if there are five of you, still chain the prisoner.

3- If you are alone and have no chains, give yourself about 4’ of space between you and the prisoner, so that the prisoner can’t suddenly turn around and jump you.

4- Be aware that prisoners have a tendency to throw things at you and escape.

5- Always check i.d., especially if another guard shows up and tries to keep his face hidden.

6- Be sure there is more than one guard at important doors at all time.

7- Do not leave the brilliant scientist alone in the lab.

8- If you know there is a secret passage way, guard it.

9- If the captain returns unexpectedly and is acting funny, don’t be afraid to challenge him. Particularly if he is not showing you his face or there is someone standing uncomfortably close behind him.

10- Keep up your hand to hand combat training. You’ll need it.

Basic Story Line
Barbara Meredith, dressed as the mysterious vigilante known as The Black Whip, fights back against a gang of thugs who are trying to prevent Idaho from voting for statehood.

Zorro’s Black Whip is a rare example of a feminist action serial.

Zorro’s Black Whip is similar to last week’s Zombies of the Stratosphere in two respects. First, both have misleading titles. There are no zombies in Zombies of the Stratosphere and there is no Zorro in Zorro’s Black Whip. It is very much a Zorro story line, but instead we have a woman named The Black Whip who rides, shoots, fights, and cracks a whip better than anyone else. The second way they are comparable is that, just as Zombies is a subtle piece of propaganda, Black Whip is a feminist piece disguised as an action adventure.

It seems Hollywood has never been able to figure out what to do with women and sadly they still don’t. Serials have had an abysmal track record for their use of women. Flash Gordon has only 3 female characters. The Green Hornet also has 3, one never leaves the office and the other two are only in one chapter. Batman has 1 woman and she’s a bit of an idiot. Undersea Kingdom has 1, and she’s useless. So, despite the fact that Linda Sterling is the only female in Zorro’s Black Whip, it is significant that she is the hero.

Seeing how the 5 people who were involved in the writing and directing of this serial were all men, I doubt they had set out to make a feminist piece. As with most decisions involved in making serials it was probably a business decision. In 1944, with a large portion of the male population away at war, women were enjoying more freedom and responsibility than ever before. They were in the workforce, running the homes, and handling the finances. Although I’m sure most women didn’t complain about watching Buster Crabbe, Olympic gold medal swimmer, running around in short shorts, it made sense to cater to this increasingly powerful segment of the population, by giving them their own hero.

In this serial Barbara Meredith is treated as an equal to her male counterparts. The only chauvinism expressed is from the gang of thugs who refuse to believe that The Black Whip could be a woman, because only a man could out ride, out shoot, and out fight them. This, despite the fact that she looks like a woman, moves like a woman, and since they fought hand to hand, probably felt like a woman.

The fact they have a female hero does not mean they skimp on the action. This is a serial. It averages a fight every 10 minutes. Many of these fights are impressive bits of choreography involving whips, furniture being smashed, and people being thrown across the room. They also have several stunts involving people jumping on and off moving horses.

It has all the over the top action you could hope for in a 1940s serial and provides more entertainment than many of the female centered action movies Hollywood puts out today.

Things to watch for
-A man gets whipped off a cliff.

The Back Row Weekly Serial Drinking Game
While watching a serial, anytime you or a friend point out a plot hole or inconsistency, take a drink. (Note: A character known for being a crack shot missing a bad guy is not a plot hole. That same character then shooting the gun out of the villain’s hand while galloping at full speed, is.)
Odds of getting sloshed: Low to Medium