Celebrity Birthday of the Day – January 4 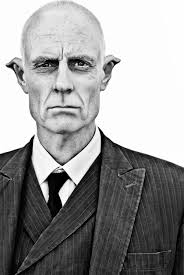 Born in Washington D.C. but raised in Canada, Matt Frewer is a man whose career I envy.  He began acting in film and television in the early 1980’s, and one of his very first roles was in the Monty Python short The Crimson Permanent Assurance, which played before Monty Python’s The Meaning of Life! He also became pretty famous for his role as Max Headroom (a veritable 80’s icon) in the TV series of the same name, as well as playing numerous small roles on other popular shows including Miami Vice, Star Trek: The Next Generation, Tiny Toon Adventures, and Batman the Animated Series. Furthermore, Frewer was a principle character on PSI Factor: Chronicles of the Paranormal – essentially the Canadian The X-files – voiced the Pink Panther on the 90’s cartoon revival of the character, and, more recently, appeared on the show Supernatural. Frewer’s movie filmography is even more impressive, with roles in such popular films as Honey, I Shrunk the Kids, The Stand mini-series, Hercules, the Dawn of the Dead remake, Watchmen, and 50/50. But the thing is, even though I’ve listed loads of awesome roles here, this doesn’t even scratch the surface of everything that Matt Frewer has done. He turns 54 today…and let me just as it again: he friggin’ rocks.