Celebrity Birthday of the Day – March 18 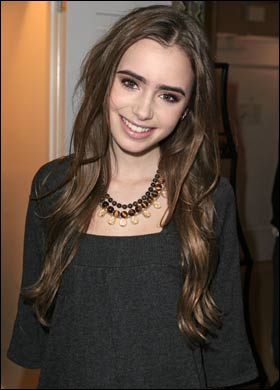 Actress and TV personality Lily Collins is the daughter of musician Phil Collins, and she has been acting since the age of two, when she appeared on the BBC series Growing Pains. During her teenage years, she wrote articles and columns for many popular magazines, such as Elle Girl and Teen Girl, and hosted coverage of the 2008 US presidential election on the Nickelodeon show Kids Pick the President. She began acting in films starting with the 2009 movie The Blind Side, and a flurry of prominent roles followed, including parts in Priest and Abduction, and she is set to star in the upcoming Tarsem movie Mirror, Mirror as Snow White, so I think it’s safe to say that we’ll be seeing a lot more of Lily Collins in the near future.