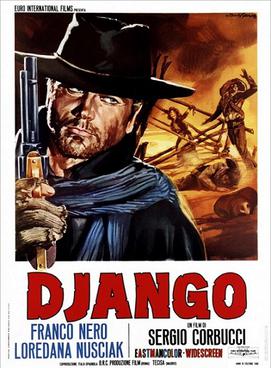 This excellent 1966 spaghetti Western is ultraviolent, gritty, raw, and one of the finest additions to the Western film canon. It also spawned a bazillion sequels, none of which capture the excitement and fiery bravado of the original. Franco Nero leads director Sergio Corbucci’s Italian cast as a man whose wife has been killed. He drags a mysterious coffin around with him through most of this film, and its contents are exposed later into the film with graphic results. As with many spaghetti Westerns, Django has a huge body count and is pretty violent, but it’s set apart from other films because of its great script and compelling action sequences. The primary antagonist in the film is Major Jackson, who makes an awesome bad guy. He lays the framework for some of the best sequences in the film. Django is also visually striking, and attempts at reiterating this aesthetically spellbinding style can be seen in many other followups to the original (Sukiyaki Western Django is a notable example; it’s a silly movie, but it’s worth seeing for the visuals and Quentin Tarantino’s interesting acting appearance). As Sergio Leone has said, Corbucci’s film really defines the spaghetti Western. Django is everything you could want fr0m a Western film.