Runstedler’s Albums of the Year 2012

Posted on December 22, 2012 by curtisrunstedler 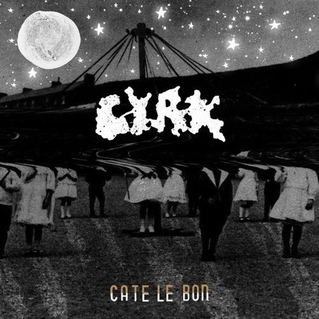 2012 heralded the return of artists once thought lost and some exciting new talents. Enslaved, The BJM, Bob Mould and Dinosaur Jr released records containing some of their finest recordings yet.

Scott Walker also brought us an exciting new offering from the depths. Although The Drift is probably the most affecting Scott Walker album for me, Bish Bosch was a fascinating descent into his chaotic world, and the chilling experimental sounds were so effective.

I was really impressed with Billy Corgan’s approach to The Smashing Pumpkins’ latest release too. He wasn’t trying nearly as hard to be the best with this one-it just came naturally, and the new album was a promising return to the band’s classic rock roots, if not one of their best albums ever.

The Brian Jonestown Massacre, who have always held a sentimental spot in my heart (they were one of the first indie bands that I really got into; I was so enamoured by their sound that I listened to every song that Anton Newcombe ever released, much like my obsession with Current 93), created an extraordinary record with Aufheben, which continues to explore Newcombe’s progressive experimentalism while also recalling his love and gift for classic rock.

I’m still amazed that Sufjan Stevens wrote and recorded over 59 awesome songs about Christmas and then streamed another album of rap songs that weren’t so awesome, of Montreal released an outtakes album that was better than some of his actual studio albums and that, like a good wine, Bob Mould’s songwriting just keeps getting better and better with time.

Welsh artist Cate le Bon’s debut album Cyrk stirred me more than any other series of recordings this year though. Her classic rock influence recalls PJ Harvey’s finest and John Cale’s musical brilliance and I left the whole album on repeat after my initial listen because I was so impressed with her work. I’m aware that she’s released Cyrk II has been released more recently, and while I haven’t heard it just yet, Cyrk emerged this year as one for the memories.

4.Aufheben by The Brian Jonestown Massacre

5.Oceania by The Smashing Pumpkins

6.Nocturne by Wild Nothing

9.I Bet on Sky by Dinosaur Jr.

13.Tank Full of Blues by Dion

17.Silver and Gold by Sufjan Stevens

18.I Know What Love Isn t by Jens Lekman

23.Open Your Heart by The Men

24.Sees the Light by La Sera

25.The Tarnished Gold by Beachwood Sparks

26.The Russian Wilds by Howlin Rain

28.Until the Quiet Comes by Flying Lotus

31.Criminal Heaven by We are Serenades

32.Anastasis by Dead Can Dance

33.Daughter of Cloud by of Montreal

36.Love at the Bottom of the Sea by The Magnetic Fields

37.Life is People by Bill Fay