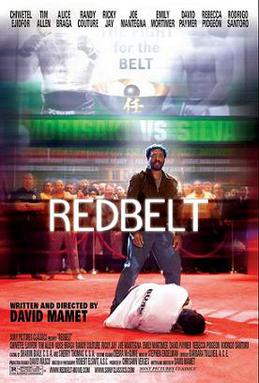 I think one of the best descriptions I ve heard about David Mamet is that he’s as anti-Hollywood as a director can get while still working in the movie business. Quite simply, a lot of the film he’s directed probably never would have been green-lighted if he wasn’t… well, David Mamet. After establishing himself as one of the renowned playwrights of all time, Mamet has gone to have quite a prolific career in Hollywood and has written the screenplays for some very famous and successful films, such as The Verdict, The Untouchables, Wag the Dog, Ronin and Hannibal. He even wrote the film version of his Pulitzer Prize-winning play, Glengarry Glen Ross, which is considered one of the best stage-to-screen adaptations of all time. However, one almost has to wonder if wrote all these successful Hollywood movies in order to build up enough goodwill to earn himself some leeway for his directorial career. The films he’s directed, such as House of Games, Homicide, The Spanish Prisoner and Spartan, have always managed to garner critical acclaim, but they’re hardly conventional Hollywood productions and don’t exactly make a killing at the box office. However, David Mamet’s cinematic style is not meant to appeal to everyone, as he often likes to take on projects which seem like standard genre stories on the surface, but will often pull the rug out from under the audience and deliver something they’re not expecting. Such is the case with his 2008 film, Redbelt, which at first glance, appears to be a standard underdog story about mixed martial arts. The release of Redbelt came on the heels of Never Back Down, a generic, but modestly successful underdog story about a teenager getting involved in the world of MMA. Going into Redbelt, it’s easy to assume the film is going to cover similar ground, but Mamet is not content to go the predictable route.

The protagonist of Redbelt is Mike Terry (Chiwetel Ejiofor), a martial arts expert who runs his own jiu-jitsu studio. The business is struggling and his wife, Sondra (Alice Braga), has to run her own fashion business on the side in order to keep the studio afloat. One night, a distressed attorney named Laura Black (Emily Mortimer) enters the studio looking for help and accidentally discharges the gun which belongs to Mike s most loyal student, a police officer named Joe (Max Martini). This incident winds up setting off a chain reaction of elaborate, complicated events. To fix the damage, Mike is forced to ask for a loan from Sondra’s two brothers, who are both involved in the world of mixed martial arts. While visiting them at their nightclub, Mike becomes involved in a brawl where he helps out a famous action star named Chet Frank (Tim Allen). Chet is indebted to Mike and hooks him up with Jerry Weiss (Joe Mantegna), a producer who becomes very interested in Mike’s ideas about martial arts and wants to hire him as a co-producer on one of his films. Of course, this being a David Mamet film, it will probably not surprise you to learn that there is an elaborate con at work here. Things eventually spiral out of control for Mike and seemingly insignificant events come back to haunt him. In order to make things right, Mike is forced to compete in an MMA tournament on pay-per-view. You can sense that there’s going to be some sleight-of-hand in this story the moment you find out Ricky Jay is the promoter of this tournament. And if that wasn’t enough, magician Cyril Takayama also pops up early on in the film to establish that nothing in Redbelt is as it initially seems.

Redbelt was a flop at the box office when it was released and after seeing the reaction of the audience at the screening I attended, I could pretty much understand why. It was obvious they went into Redbelt expecting a movie filled with wall-to-wall-fighting action, but on the way out, I could sense that their only reaction was “WTF?!”. Redbelt is definitely not your typical underdog sports story and in fact, Mamet actually described the project as a modern-day samurai story. The central conflict here is not winning the big fight, but being able to maintain one s values of tradition, loyalty and honour. It goes without saying that David Mamet’s style of writing can be an acquired taste for mainstream audiences. He rarely ever spells things out for you, so you have to pay careful attention to follow the plot. However, the plot is not exactly watertight, so if you pay TOO much attention to it, it will probably fall apart. It’s certainly a lot of fun watching Mamet’s narrative unravel and piecing together his puzzle, but once you analyze the whole thing, you’ll realize that the elaborate con presented here is completely ludicrous since it depends on a lot of events falling into place which the antagonists have no control over. If a writer who wasn’t as renowned as David Mamet came up with this story, they would probably be torn apart. However, it’s important to remember that Mamet’s works are usually not meant to take place in a world of realism, so if you just accept that and allow the director to take you along for the ride, Redbelt works pretty well. The film’s strongest suit is a very compelling and sympathetic protagonist. It’s obvious that Mike Terry is a very moral individual who finds himself trapped in an amoral world, but he’s willing to stick to his code of honour even if it costs him everything. The character is brought to life by an outstanding performance by Chiwetel Ejiofor.

After making his name in Britain, Ejiofor has mostly been saddled with supporting roles since transitioning to Hollywood, but he hits a home run in this rare lead role, which required him to put in 12-hour days of jiu-jitsu training in order to become a convincing martial artist. Those who are familiar with Mamet s work know that his characters often don’t act or speak like they normally would in real life, so if Redbelt is your first exposure to “Mamet speak”, you may be taken aback. Mamet’s characters deliver their dialogue in a mannered, rhythmic fashion which might come across as awkward to those who’ve never heard it before. He often has his actors underplay the material and display a minimum amount of emotion, so you could mistakenly assume that they are delivering wooden performances. However, this approach seems to fit the character of Mike Terry very well. Even when Mike is faced with horrible, shocking revelations, Ejiofor always underplays the moment with great subtlety, effectively displaying his character’s dignity and inner strength. Even though Redbelt is more focused on plot and character than fighting, it still builds up to an effective climax at the MMA tournament, and its big climactic fight is presented in a very unexpected fashion. Yes, the circumstances surrounding it are completely unbelievable, but again, this is a movie that exists in an alternate Mamet universe where realism is never a big factor, and the story’s underlying themes are so strong that its final moments actually pack quite a punch. While Redbelt has its flaws, you have to give a filmmaker credit for entering a genre which is known for its formulaic, clichéd stories and putting a unique, fresh spin on the material. The final result is quite an anomaly, but it’s still a consistently interesting and entertaining piece of work, and how many other storytellers besides David Mamet would have the moxie to pull it off?