Runstedler’s DVD Pick of the Month: The Addiction

Posted on December 18, 2014 by curtisrunstedler 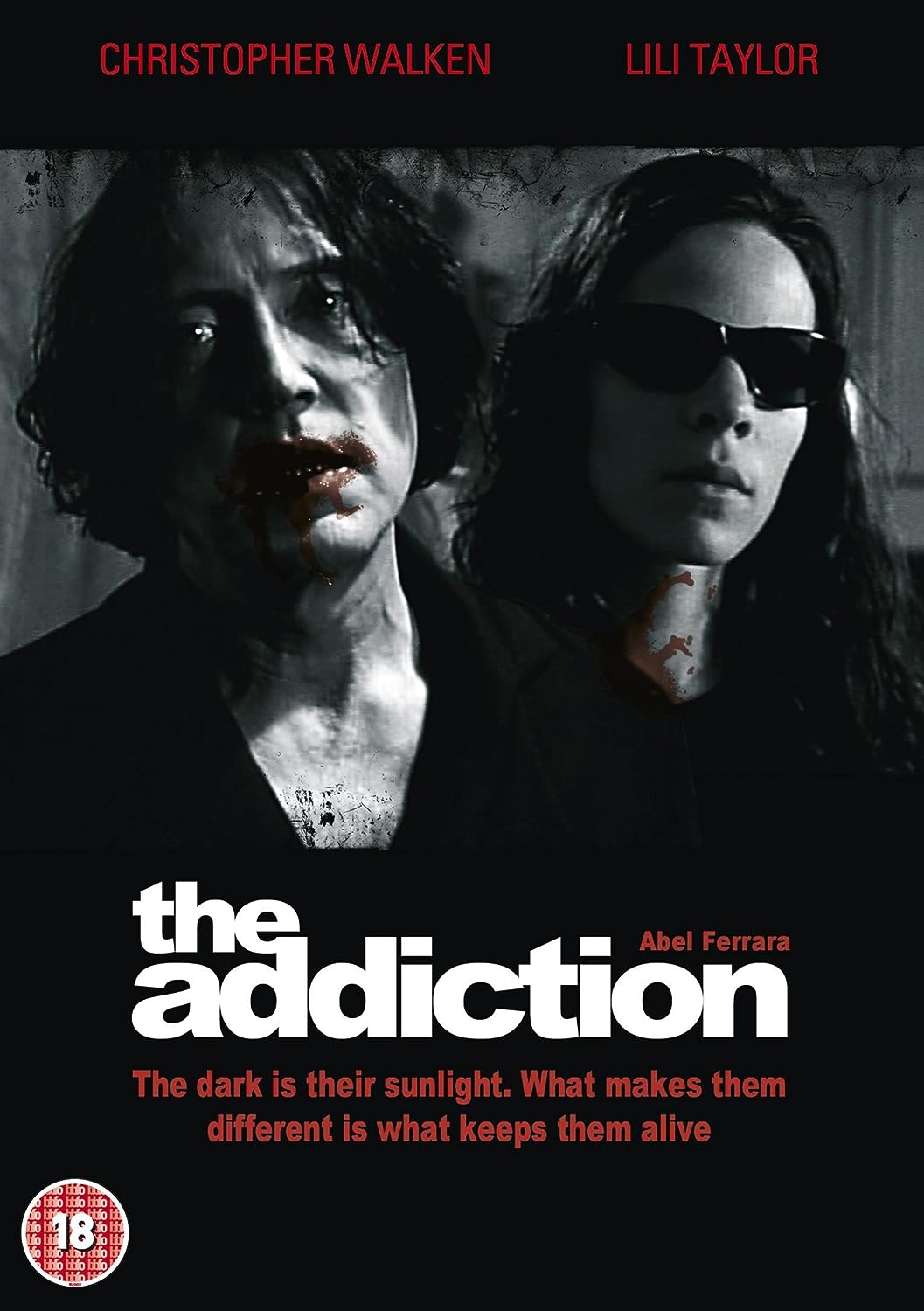 Abel Ferrara’s 1995 film The Addiction is a philosophical and metaphorical revisionist take on conventional vampire themes and style. Gone are the ridiculous glittering vampires and even the glamorous vampires of lore (i.e. Dracula). Instead, the vampires of this film are sickly, amoral, and degenerate, and very human. In the original vampire stories of folklore, the bloodsucker was hardly an aristocratic seducer, but instead a bloated and diseased creature, returning from the dead and usually from lower class backgrounds.

The Addiction tells the ill-fated story of a young philosophy student named Kathleen. She lives a relatively boring life in New York until she is pulled into an alleyway by a mysterious woman one night and bitten on the neck. From there, her transformation begins. She begins to show signs of the vampire, from the vicious marks on her neck to hunger for blood, but her changes are accompanied by a gradual lack of morality. She begins to isolate herself from all those around her, lashing out to those who care and manipulating others to get her way. She has an affair with her lecturer, attacks one of her close friends, and exhibits tantrums and withdrawal symptoms (convulsing on the streets). Her new behaviour is a far cry to her relatively meek former self, who seemed much more inclined to study her philosophy books in the library. Her story is allegorical, with her vampiric transformation also representing a slow descent into drug addiction and depravity. Indeed, her transformation exhibits all the signs of addiction (some of the scenes brought Christiane F and Requiem for a Dream to mind), and it is harrowing to watch, right down to the bloodthirsty, almost surreal climax. In retrospect, the bloody climax almost feels out of place since the film in a realist way, but perhaps it represents the chaos of addiction.

Ferrara’s films have been hit or miss for me in the past. I really enjoyed King of New York but couldn’t get into Bad Lieutenant (Herzog’s Bad Lieutenant: Port of Call New Orleans, on the other hand, whether influenced by it or not, was quite fun), and I didn’t care much for The Funeral either. The Addiction is easily the best of the batch. It’s thought-provoking and very Brechtian in its delivery, prompting us to engage with this world through its philosophical monologues (even if the philosophy is quite fundamental, it’s still engaging) and use of metaphor. The film features a memorable and humorous performance from Christopher Walken, who plays a seasoned vampire, and Annabella Sciorra and Edie Falco were great in their respective roles as well. Lili Taylor (Born on the Fourth of July, The Conjuring) does a fine job in the lead, acting deadpan when the monotony of everyday calls for it, and wild and unpredictable at the best of times as her values become more and more unhinged and unethical. The Addiction is an excellent vampire film and a terrifying commentary on the downwards spiral of addiction.