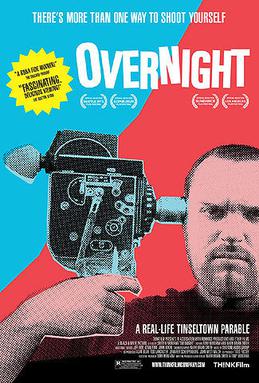 I worked at Blockbuster Video for many years, but I still have vivid memories from 2000, when a new film I’d never heard of suddenly caught fire among renters and fellow employees. It was called The Boondock Saints and it seemed pretty intriguing for an unknown straight-to-video release. It had a pretty cool-looking trailer, a good cast (Willem Dafoe, Sean Patrick Flanery, Norman Reedus, Billy Connolly) and people I knew who watched it out of curiosity seemed to love it and gave it a huge recommendation. I decided to check it out for myself and while I didn’t think Boondock Saints was anything groundbreaking, it found the film to be a pretty entertaining Tarantino-esque effort and I admired its manic energy. It turned out that Boondock Saints was not actually a direct-to-video release, but only had a limited theatrical run in five theatres. Nevertheless, it developed a cult following and became a huge success on home video, grossing around $50 million in domestic video sales. I wasn’t familiar with the Boondock Saints director, Troy Duffy, but I could only assume the film’s cult success was going to lead him to bigger things. However, I later saw the 2003 documentary, Overnight, and learned there was a good reason Troy Duffy hadn’t done anything else: he was a complete fuckin’ asshole! Quite simply, the documentary is a harrowing chronicle of an individual whose bridge-burning rivals the climax of The Bridge on the River Kwai.

Overnight was directed by two of Troy Duffy’s friends, Tony Montana and Mark Brian Smith, and they originally intended their documentary to chronicle Duffy’s inspirational rise to stardom. At the start of the film, Duffy is an aspiring filmmaker worked as a bartender in Boston when he suddenly receives a golden opportunity that every aspiring director would drool over. Duffy’s screenplay for The Boondock Saints is purchased by Harvey Weinstein of Miramax Films for $300,000. Even though Duffy has no film school experience, Weinstein pretty much grooms him to be his next big protege, giving Duffy a $15 million budget to direct Boondock Saints himself. If that wasn’t enough, Duffy’s band also gets a recording contract to produce the movie’s soundtrack, so Duffy’s brother and many of his friends (including the directors of Overnight) will get to share in his success. However, by the time Overnight is over, Duffy’s story has become every filmmaker’s worst nightmare. Miramax has pulled out of their deal to make Boondock Saints and Duffy has pretty much been blacklisted by Hollywood. An independent studio finally does finance the movie at half its original budget, but after it gets made, Duffy has trouble finding a distributor for his film and it barely gets a run in theatres. Even though Boondock Saints does eventually become a hit on home video, Duffy was so desperate to get the film released that he wound up signing a contract which ensured he would get no residuals from the video sales.

Harvey Weinstein is renowned for jumpstarting the careers of a lot of prominent filmmakers, but it’s also apparent that if you get on his bad side, he has the power to ruin your career forever. Watching Overnight, it’s obvious that Troy Duffy earned himself a permanent place in Weinstein’s black book. If this documentary has a drawback, it’s that it wasn’t able to capture any of the real juicy stuff in this story. Weinstein is never interviewed on camera and the film is pretty vague when it comes to the exact details of what caused Duffy to lose his deal with Miramax and become a pariah in Hollywood. However, Duffy pretty much tells the viewer everything they need to know whenever he appears on camera. Overnight is a truly fascinating chronicle of a self-destructive personality who pisses away the chance of a lifetime. Duffy constantly comes off as a vulgar, arrogant, egocentric and unprofessional blowhard. He likes to brag about his ability to attend meetings with movie executives and blow them away while he’s hungover. When considering casting choices for his film, Duffy goes so far as to openly diss big-name actors like Ethan Hawke, Keanu Reeves and Kenneth Branagh. At one point, after leaving a voicemail for Branagh, Duffy actually refers to the actor as a “cunt” on camera. Duffy is also shown burning bridges for his band with his unprofessional behaviour in their recording sessions. One of the most uncomfortable sequences in the film is when the two directors of Overnight (who also function as the band’s co-managers) ask Duffy for money they owe him and he flat-out tells them they don’t deserve it. Probably not the best move when your friends have the power to release a feature-length documentary which makes you look really, really bad.

Overnight has been described as a rags-to-riches story in reverse. Even when Duffy becomes an overnight success, there are plenty of ominous signs early on. During the scenes where Duffy is on top of the world and bragging about his success and talent, it’s fascinating to watch the facial expressions and body language of his friends and family members while they listen to him. It’s clear they know the guy has self-destructive tendencies and have this inevitable feeling that he’s going to screw everything up. The film’s saddest scene is a montage at the very end, which shows Duffy and his bandmates working ordinary, everyday jobs again after their failed attempt at achieve fame and fortune. Indeed, even after the home video success of Boondock Saints, Duffy did not direct another film until he finally returned to make a sequel, The Boondock Saints II: All Saints Day, ten years later. He’s also been trying to get a third Boondock Saints film off the ground. Personally, I believe that the sequel pretty much demonstrated that Duffy was a one-trick pony and even if he hadn’t burned his bridges, I have my doubts that he would have gone that far in the industry. Still, Troy Duffy will always be a very interesting case study. Some aspiring filmmakers who have attempted to watch Overnight can’t even get through the whole thing because it’s very painful and uncomfortable to watch a guy in their position achieve the ultimate dream and piss it all away. However, Overnight should be essential viewing for all aspiring filmmakers, so that they can learn the way not to do things once they’ve attained success.