Talk About a Disaster A young Inuit hunter is trekking across the landscape with his spear in head. He patiently waits and harpoons a large fish. Elated from his acquisition, he walks back to his village when he notices the slabs of ice beneath him are cracking rapidly. He begins to run in one direction when he espies a monsoonal tidal wave rushing toward him. He takes refuge inside an igloo while he views the ruthless carnage around him. 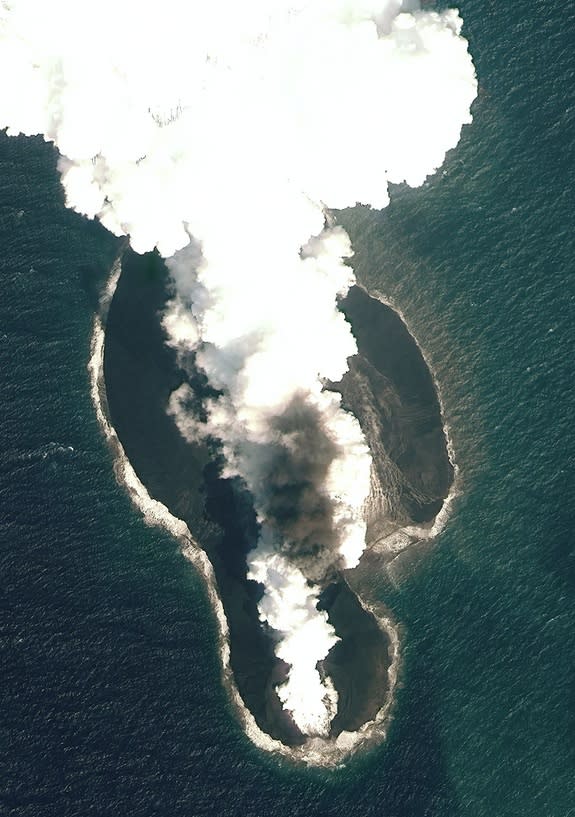 A large freighter is told that they are behind in schedule. In order to make their shipment on time and against their counsel, they navigate between the newly formed two volcanic islands on the Red Sea. At the crest of the aperture, they hear distress calls over the radio notifying them that one of the volcanoes is erupting and it could cause a domino effect with the adjacent volcano. The captain rallies his crew together to outpace the spewing lava before they are trapped in the gap.

A team of storm chasers from the Midwest are vacationing in the Big Apple after a series of false starts. The husband-and-wife couple in the entourage jokingly activate their radar for any nascent activity while sipping champagne in the Waldorf. They discover that a hurricane is accumulating near New York and due to FEMA regulations and bureaucratic red tape, it would require a 24-hour warning to evacuate the entire state. Unfortunately the storm is estimated for a couple of hours. The team dives into their SUV’s and jerryrigs a bullhorn to the roof to warn all the citizens while the clouds above turn inky-black and a traffic jam is created from the panic. In typical Roland Emmerich fashion, the Empire State Building and Times Square marquees are the first landmarks obliterated.

This entry was posted in Movies, Other Stuff, Uncategorized. Bookmark the permalink.