Before They Were Stars: 14-Year Old Sigourney Weaver Attends a Beatles Concert 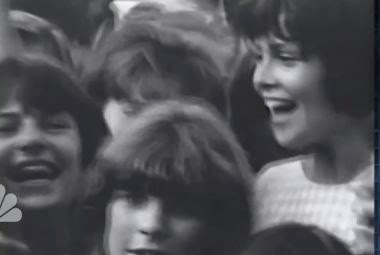 During an appearance on The Tonight Show earlier this year, Sigourney Weaver recounted an experience from the age of 14, when she was one of the thousands of squealing girls who went to see The Beatles perform at the Hollywood Bowl on August 23, 1964. Many years later, Weaver learned that footage of her teenage self calling out John Lennon’s name from the crowd actually existed and you can see the still of her above. Here’s the original recording of the actual concert and while I’m not sure any footage of Weaver made it in here, you’re free to check for yourself.