Before They Were Stars: Lea Seydoux in “Inglourious Basterds” 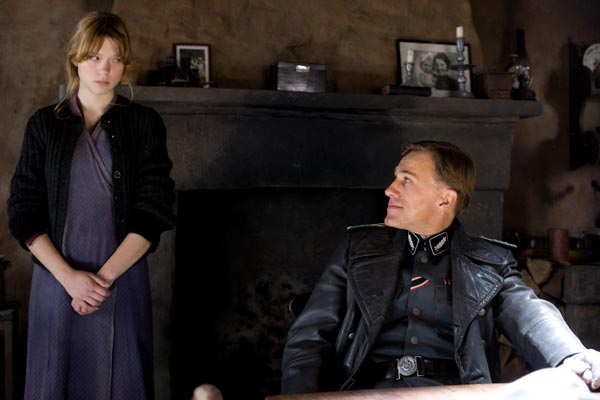 Wow, I’ve watched Inglourious Basterds so many times, but did not even realize until yesterday that the Bond villain and Bond girl from Spectre actually crossed paths. During the spellbinding opening scene where Christoph Waltz’s villainous Nazi, Hans “The Jew Hunter” Landa, interrogates French dairy farmer, Perrier LaPadite, Lea Seydoux makes a very brief appearance as one of the farmer’s daughters and is clearly bursting with tension as Landa chugs down his glass of milk. Since Seydoux was starting to become an established actress in France at this time, it’s strange that Quentin Tarantino gave her such a small, dialogue-free role.