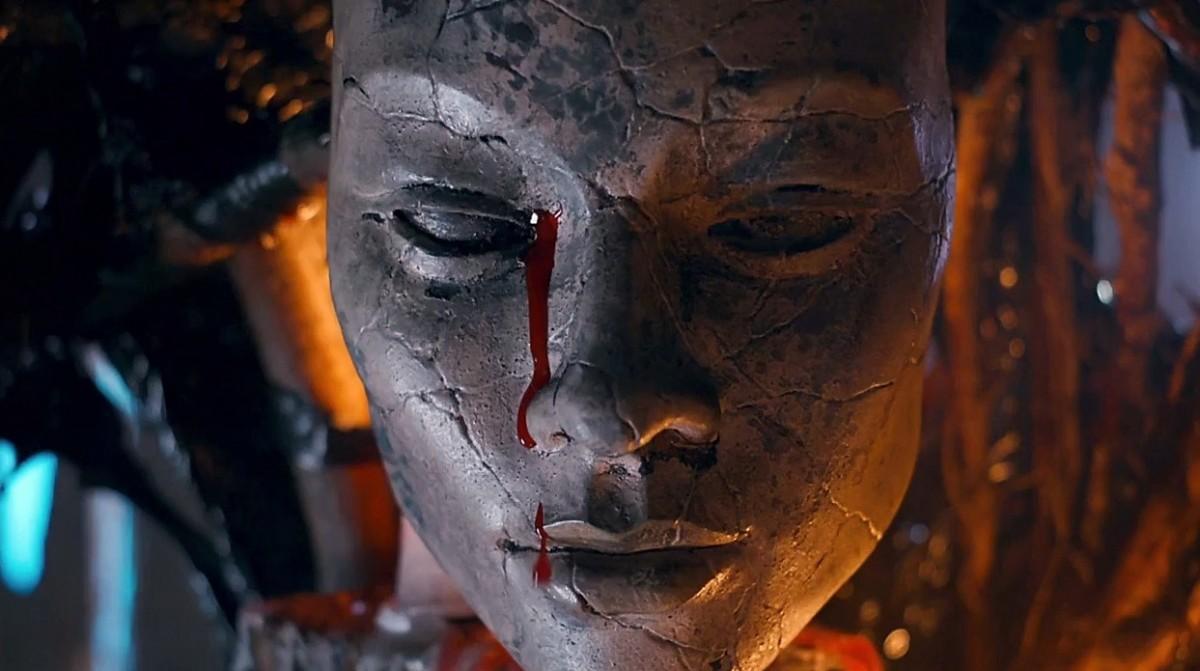 Gagging Bruce Campbell neuters his most powerful weapon: his silver tongue. But his muttering of obscenities is quite funny before it loses its luster. With Ash strung up against a post for an exorcism and possible castration, this episode is a two-hander for the romantic sprouts between Pablo and Kelly. Kelly couldn’t be more coquettish when she is smoking weed out of a shotgun with her legs akimbo and unfortunately the incorrigible Pablo is taking the bait.

Truth be told with the fireworks of the prior episodes, this one is a mellow comedown from the high. The speed of the demon extraction and Kelly’s recovery is a bit disappointing. They should’ve further teased Pablo’s blind faith in Kelly and denial of her Regan MacNeil possession. Admittedly, the projectile leech vomiting is the ickiest effect so far. Between that and Kelly’s cascading urine, Dana DeLorenzo isn’t apprehensive about looking unattractive.

It would be heartless for Ash to fling catchphrases during this bout when Kelly’s mortality is in jeopardy and El Brujo is tragically impaled. This was the most linear episode of the show with a quintessential arc and zero outrageous tangents except for Ash’s decomposed hand as a compass on the dashboard of Ruby’s car.

We’re at the midpoint of the season and Ash is finally showing some remorse over his man-child antics. The power glove should ensure that next few episodes will include some Deadite-punching brute force. While it’s the runt of the litter, I was still satisfied with the horizons for where Ash and his merry sidekicks can go.