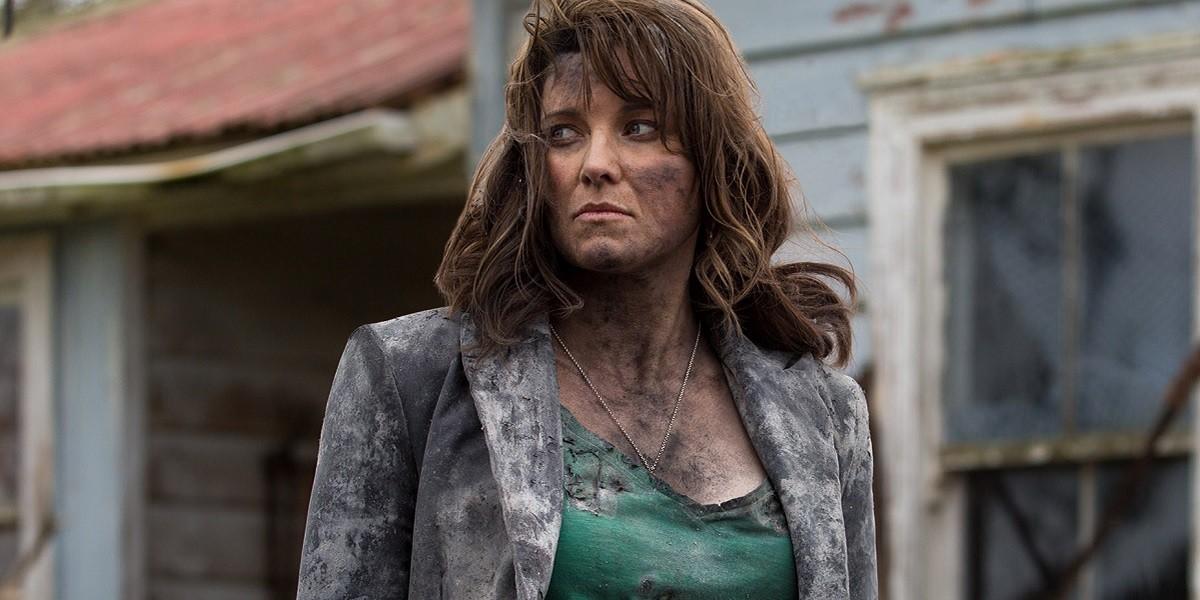 When this episode began with Ash and his minions traipsing through the wilderness to a militia camp, I suspected that the show might be getting a bit stale. The formula has been Ash cluelessly bungles his way into a civilian population and the natives there pay the cost of his curse with buckets of blood. Certainly advantageous for gorehounds but it can run the risk of becoming commonplace when binge-watched back-to-back.

However, the show tweaked the ritual by having the usually unenviable circumstance of the group separating into couples with Pablo adjoined to Kelly in the surrounding forest and Amanda fused with Ash in a radioactive fallout shelter. Separation normally spells doom as Sam Raimi has shown in this franchise before but these characters are more resilient than most horror protagonists.

Kudos must be rewarded to Lucy Lawless who is resurrected Daenarys-style from the ashes of a campfire in her au naturale beauty. At her age of 47, the Kiwi’s body is still immaculate and it adds a dose of nudity to this exploitative cocktail. With her Phoenix-rising-from-the-ashes appearance, it’s crystallized that Ruby is more supernatural than human and could be an impregnable foe for Ash down the line.

In a marked progression for Ash, he flirts with Amanda once they are immediately thrust into the dark nether regions of the camp. But he is also fiercely defensive when the gun-toting chauvinists manhandle her. He is slowly returning to the dashingly romantic, Byronic hero we glimpsed in Army of Darkness. The dip when he saves Amanda was classy (“We should get handcuffed together more often.”).

With all the bloodletting around, the writers never cease to extemporize gonzo scenarios to dismember Deadites. It elicited many chuckles when a panic-stricken Pablo continually pummeled a nearly inanimate, gas-mask-wearing demon. The raincheck for a kiss between Ash and Amanda almost seals her fate but the show-runner might be jostling with our preconceived notions.

In another maturation, Ash becomes uncommonly sentimental towards his followers but he knows, like Dirty Harry, he must “go it alone”. In the final moments, he vanishes without a trace and in a orgasmic establishing shot for fans, we see the disembodied hand crawl back to the infamous cabin. Next week will no doubt culminate the snowballing loop that Ash has been evading for 30 years.