Posted on January 3, 2016 by castordurden

Entering into the season 1 finale, I was positive that there would be a sense of closure with Ash’s full circle back to the Michigan cabin. After all, they filmed the entirety of season 1 before Starz officially announced the greenlight for Season 2. With almost breakneck speed, the conclusion picks up directly after Ruby’s confession that she wrote the Necronomicon and she plans on unleashing its inhabitants upon the world.

Ash’s chainsaw has never been wielded against him which is fitting irony for Amanda, his ex-sweetheart turned foe. She reversed his affection against his foolish heart. Additionally, Ash is coerced into actually saving someone close to him like Pablo who has recently been suckled facially by the book like Jim Carrey in The Mask. It raises the stakes for Ash who is usually a hapless bystander and completely inept when it comes to others’ salvation.

It would be deus ex machina if Ash’s dream about the Armageddon’s beginnings was a viable way to stop the forces. Thankfully it was just a ruse for a truce. Like Mephistos trying to persuade an unsuspecting nonbeliever, Ash somehow resists the temptation…until he resorts back to his usual idiocy by the last frame. On a sidenote, I have to agree on Ash’s contrarian assessment on The Godfather (“Too long and boring and not enough boobies”) and his penchant for Charles Bronson’s Death Wish.

It’s safe to say that Kelly is a full-fledged Apache warrior. No longer the meek new employee. She is the female counterpoint to Ash: intrepid, savvy and capable. When she slaps the dental hygienist into submission, we applaud her metamorphosis into an Ellen Ripley in Sam Raimi’s brainchild. With flashes of Evil Dead 2 stock footage and the Knowby-excavation tape recordings, I was tingling with familiarity. 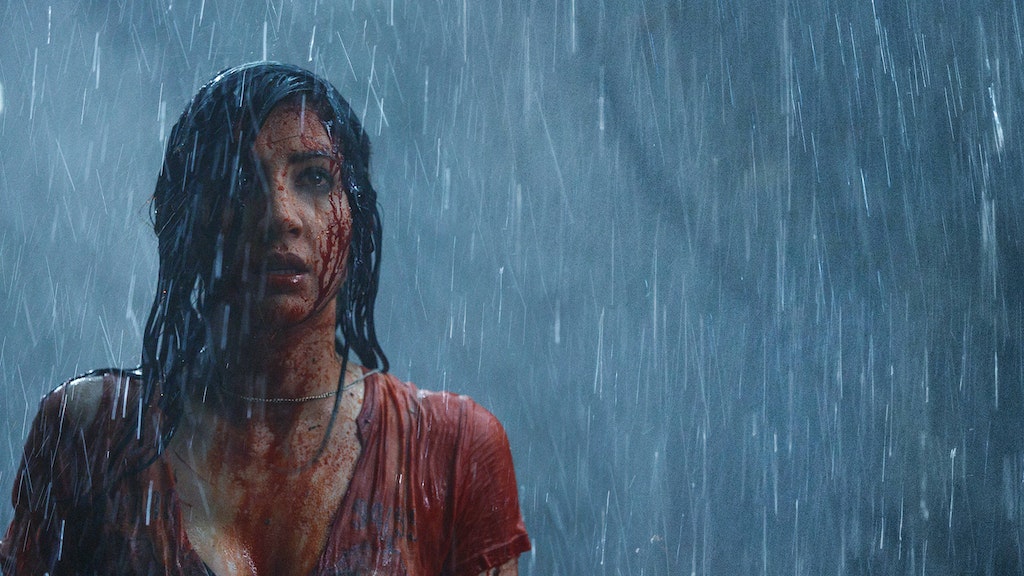 The creepy birthing scene of a Deadite demon from Pablo’s mouth smacked distinctly of Poltergeist II’s tequila worm and the embedding nails were nods to the needlessly gory 2009 remake. Horror fans can scrawl a list of odes and none of it feels borrowed or secondhand. This season capper never ceased with energy but it wasn’t the least bit exhausting or repetitive. Of course, Evil Dead wouldn’t be complete without another error in Ash’s judgment with a emergency broadcast signal alerting us that his victory and gatekeeper deal with Ruby was short-lived.

Honestly, I couldn’t be happier with the end result: it was relentlessly paced, enormously fun and most of all, verifiable proof that Campbell deserved to be more than a debonair gunslinger like Jan Michael Vincent and Joe Don Baker in the 80’s (the gas money negotiation with stupidly hilarious).