Posted on December 5, 2016 by castordurden 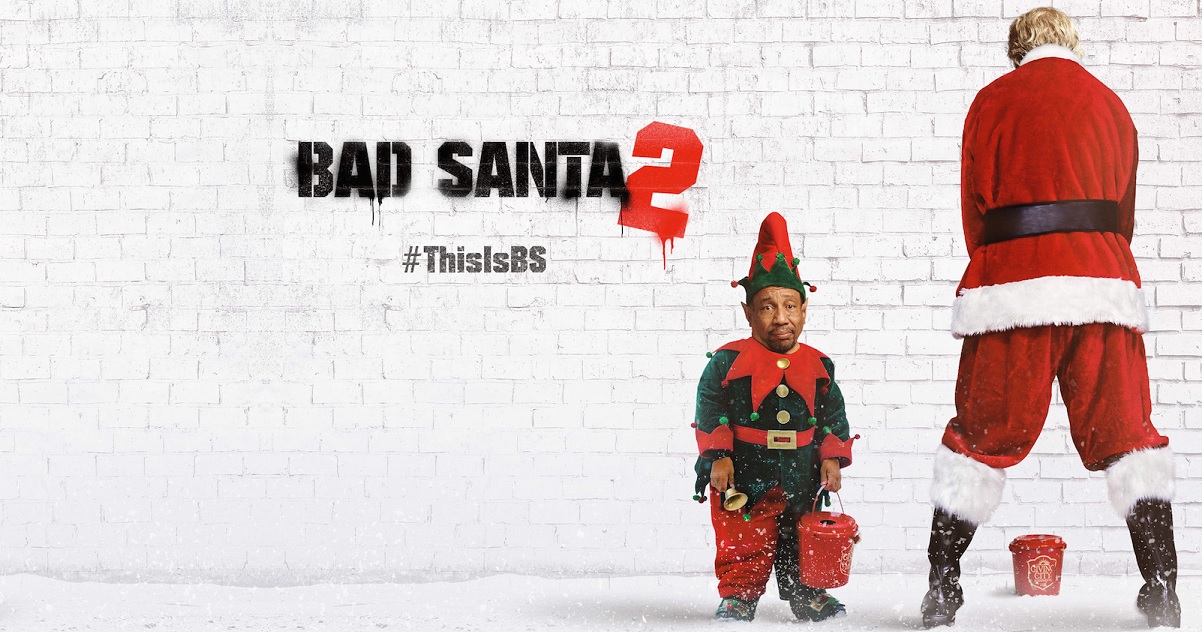 Bad Santa 2 recently invaded the cineplex recently and rightfully so, it tanked and perhaps sullied the coal-black memories of its funnier 2003 ancestor. Many rationales can be attributed to its downfall: the widening gap between films, the behind-the-scenes change of regime how misconstrued why the original was a gangbusters hit in the first place, the desperation of the main actor (Billy Bob Thornton) to be an A-list headliner of a lucrative film. In this article, we will decrypt several other examples of why comedies cannot be serialized and what the quintessential problem is…

Dumb and Dumber To

Much like Billy Bob, Jim Carrey’s staying power is not at his 90’s zenith. He staunchly avoided follow-ups to his blockbusters like Bruce Almighty, The Mask and Liar, Liar. Despite the advanced 20 years, Carrey and Jeff Daniels still look spry. However, another blackmail plot and cross-country misadventure is just a recycled template for the film. The biggest hurtle is how Harry and Lloyd have regressed from guileless imbeciles to malicious, misogynistic pricks (ex. Yelling “show your tits” during a science exhibit).

Arthur 2: On The Rocks

It seems downright cruel for the filmmakers to completely expunge the progress that Arthur has made. Now, he is disgraced and penniless. Why would Susan Johnson’s father still harbor a grudge? For high-concept melodrama of course. To replace John Guilgud with an inferior butler is also insulting. Lastly, any comedy which introduces children or adoption into the fold is cloying too hard to wrench unwarranted tears.

At this point, Eddie Murphy was no longer enamored with farce and his initiative was to be the next Sidney Poitier or Denzel Washington. He recruited John Landis who was currently feuding with. They clashed incessantly over how stilted and poker-faced Axel Foley has become. He was no longer the prankster shoving bananas in tail pipes. He was a gun-toting, avenging stuntman.

People might be incredulous about how this is one of the scarce examples of a comedy sequel being infinitely superlative but never demonetize the innovation of Seth Rogen and Evan Goldberg. Instead of a labored set-up, Nicholas Stoller lobs jokes at an alarmingly fast velocity and most of them are inventively hilarious. The Kappa Nu crew are quite an endearing bunch of characters and their chemistry is immaculate. A rally where the protagonists are incognito is uproariously anarchic. The think-tank refused to be lackadaisical with the rivalry of the first film and they’ve crafted a loopy overachiever.

If they reiterated another blackout from drunken debauchery, people would’ve been irate. Now, when they dissociated themselves from the formula, people loath the new, crime-drama direction. For me personally, I loved the audacious detour, Todd Phillips’ flinty, widescreen direction and John Goodman is a menacing foe. The decapitation of a giraffe is politically incorrect but also quite rib-tickling.

I wasn’t a fan of 21 Jump Street because it was a case of profanity and scatological references overriding any concrete humor. On the other hand, the next chapter deconstructed the meta idea of how a sequel just “does the same thing” over again. Channing Tatum is now in his meathead-riffing comfort zone and the film brilliantly lampoons the homoerotic undertones of the main duo.