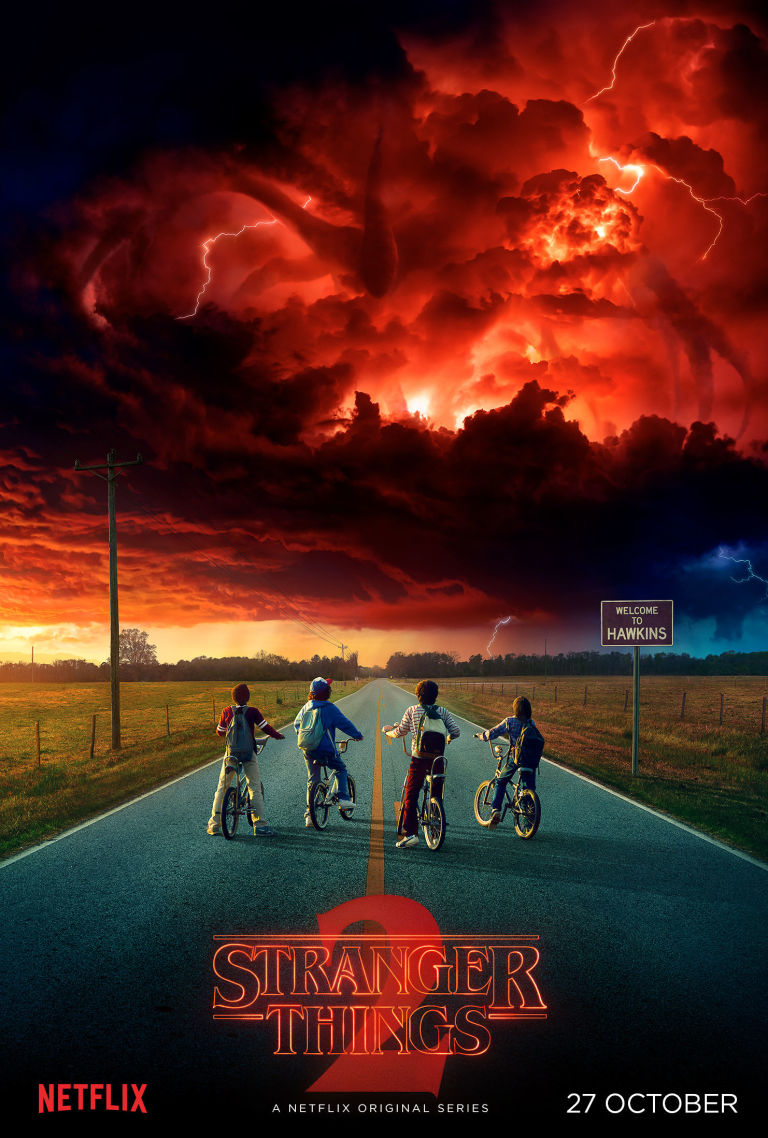 Forgive me legions of 80’s leg-warmer enthusiasts for I have committed cardinal sins of my generation. I never swayed to the Truffle Shuffle. I never shouted “Goonies for Life.” I never sought a treasure hunt with a deformed behemoth. As a point of fact, I never felt a kinship with The Goonies despite my age bracket. Movies in which an entourage of kids are quippy and unfathomably resourceful  have always rubbed me raw (Monster Squad being the exception to the rule). Due to my bias, I was adamant not to succumb to the hype of Stranger Things Season 1. Now Halloween is upon us and I’m swallowing my pride and jumping into the deep end of the mythos and hoping to stay afloat. Did Season 2 work on a neophyte like myself?

Stranger Things clearly is a pastiche of pop culture phenomena from my youth (Ghostbusters costumes, 8-bit arcade games, etc.) and therefore, it should appeal directly to my sense of nostalgia. For a newcomer to the series, I’m not drinking the Koolaid on the synthesizer score. Yes, it is highly reminiscent of John Carpenter and his keyboard melodies, but it lacks an indelible swell and by the third variation, it reveals itself to be a rather monotonous copycat of those themes.

I’ve been enlightened enough through the rumor mill and spoiler-heavy comic-con trolls on the backstory of Season 1 and because of that, I wasn’t baffled by the telepathic-caper opening in Pittsburgh circa 1984. It’s a pretty shrewd thrust back into the numerically coded experiments. However, the episode dovetails precipitously once Dusty (Gaten Matarazzo) is pouting for loss quarters. The lisp is an irritating, manufactured gimmick in lieu of characterization and his bratty attitude doesn’t endear him much more. 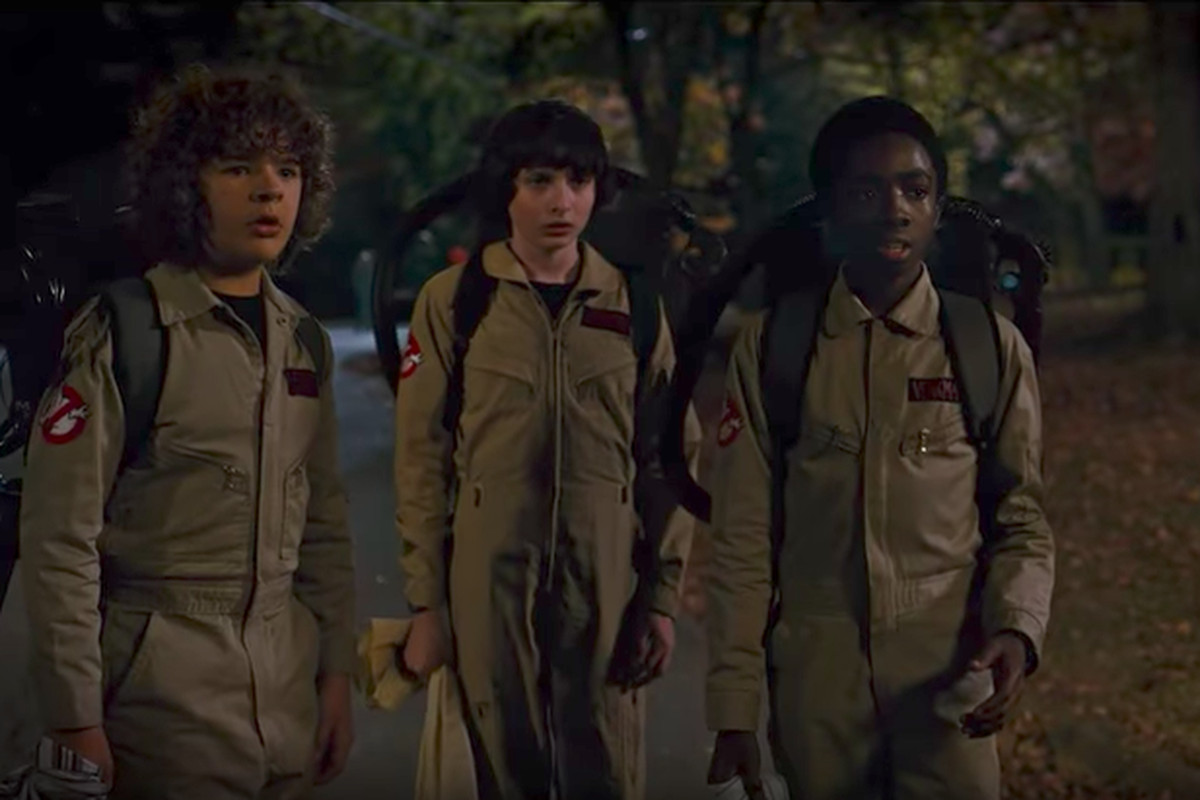 The Duffer Brothers certainly grew up during this period of time and are virtually lockstep with it which is occasionally admirable and occasionally depressing since they can’t seem to transcend it. There is a difference between homage as a starting point and homage as a parboiled end game. When Devo’s “Whip It” begins, it transports us back but, unlike Ready Player One where the golden-age references were plot pivots, the Dragon’s Lair game and other allusions are basically gauzy window dressing.

I’ve always enjoyed stories about trauma-coping or how characters deal with the aftermath of climactic turning points in their lives ala The French Connection II. Because of that, Chief Jim Hooper (David Harbour) and his surly, post-bender demeanor towards reports of psionic abilities, is a splendid launching pad for me. Although after the otherworldly circumstances of Season 1, how can he still be skeptical?

The DeGrassi Junior High love triangle is a snore. The sexist awakening of puberty within the boys towards the misanthropic “new girl” MADMAX is hackneyed (“Girls don’t play video games.”). The adult-centric disbelief and evaluations of Will (the speech about being a “freak” over being normal, is didactic and stale) are oversimplified to show his elders to be short-sighted and parochial. Essentially everything is a retread of a bygone era. Maybe I’m an eternal pessimist but I found Season 2 to be more kitschy and derivative than inspired.

This entry was posted in Reviews, TV and tagged netflix, stranger things. Bookmark the permalink.