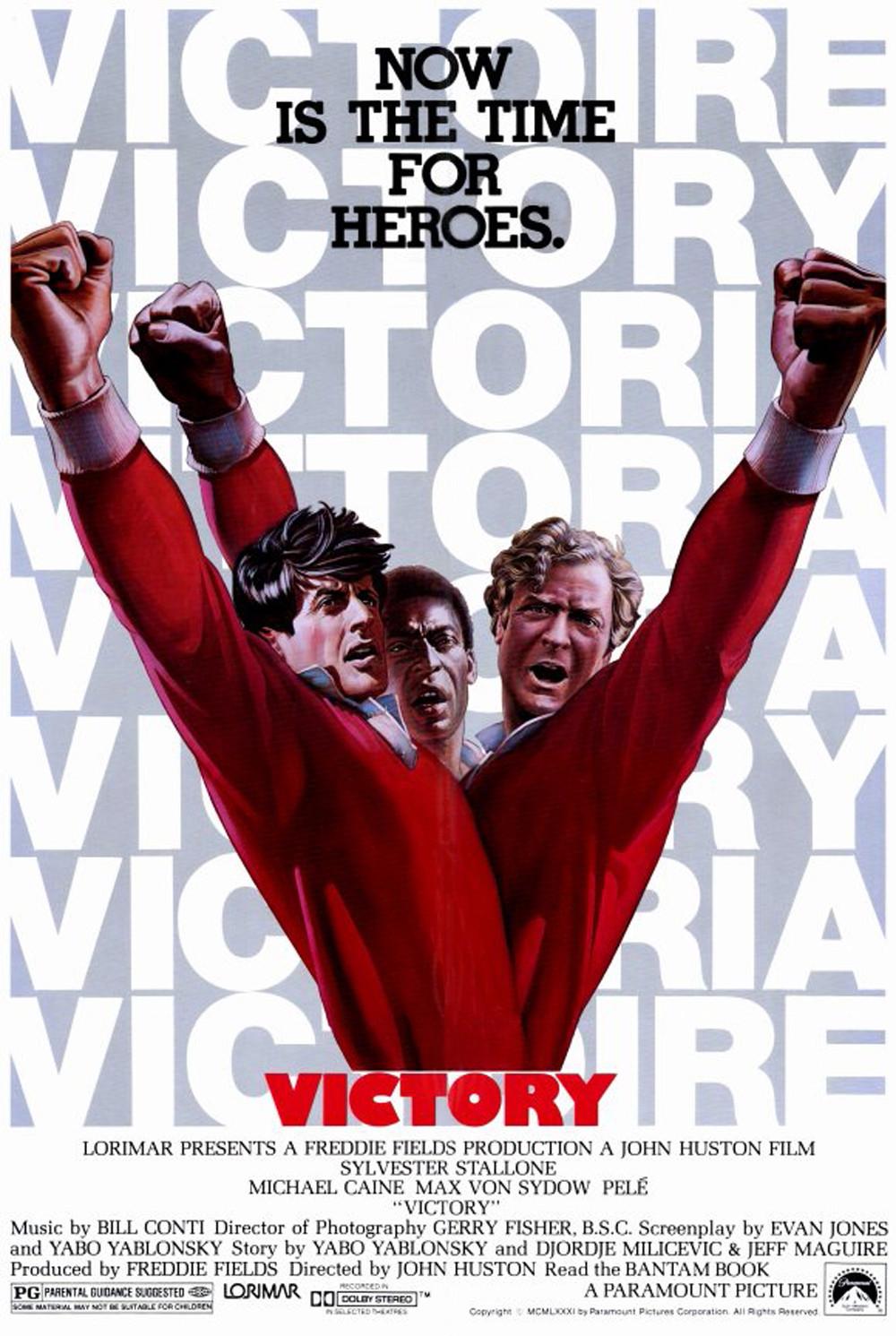 John Huston was the classic example of a tour-de-force director who, in his later years, became a gun-for-hire. With films like The Treasure of the Sierra Madre, Fat City and The Man Who Would Be King, he was a burly, epic craftsman but bills and time diminished his enthusiasm. Luckily, he rebounded in the late 80’s but one of his films that been labeled a minor sidenote was actually a peerlessly far-fetched but immensely amiable sports movie – Victory.

On the heels of his breakout success in Rocky and before his inception as Rambo, Sylvester Stallone flexed his charisma muscles with Victory in which he is the typically dashing, cavalier hero. He grins his way through a train blockades and guard stations, but Stallone is utterly ineluctable in the role. In fact, his brief stint away from Allied prisoners shifts focus from the impending soccer match.

Many instances of implausibilities spring up throughout the film which might ruffle the sensibilities of more veracious viewers. For instance, Hatch escapes to France before the midpoint of the film and through orders of other incognito officers, he is postulated to return to the POW camp. However, the repercussions of his jailbreak are relatively venial and tame.

The Nazi commandants are mollycoddled into wartime sympathizers and by that virtue, there is never a moment of fearmongering from them. In what other sugar-coated film would a German officer clamor up from his seat in the bleachers and applaud an audacious goal by Luis Fernandez (Pele)?

Despite those quibbles with the German propaganda backfiring miserably, Victory is a congenial film which partnered Michael Caine and Stallone before their ignominious reunion in the Get Carter remake. Soccer is rarely depicted on film and this is the pinnacle of it as a blood-surging exhibition. It might be the breeziest film set during World War II with the Third Reich at the forefront.