Apparently someone said “Betelgeuse” a few too many times as the star itself will explode soon, if it hasn’t already. How does that affect us? Can you say “two suns”? 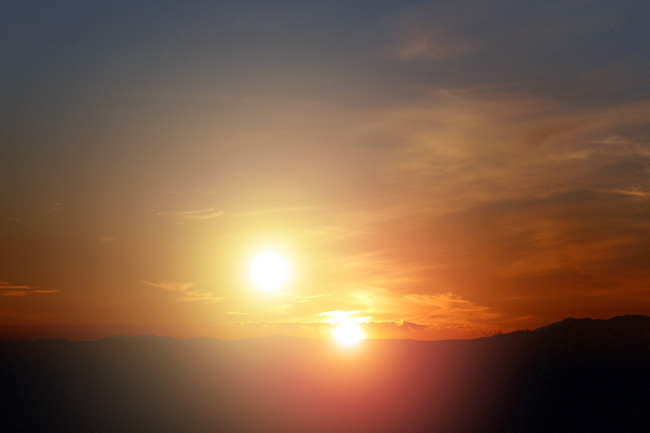 While scientists believe the second sun will only be around for up to two weeks, it’s still up to two weeks more of double-vision than we ever would have without the aid of a bump on the head. Whether it happens in the next year, or sometime in the next few decades, we will all be privvy to witnessing two suns in the sky, causing Earth to be lit up both day and night. Talk about an enlightening experience! Here’s a quote from the Kansas City Star:

“We’ve known for a very long time that Betelgeuse is massive enough to end its life as a supernova,” said Carolyn Simpson, a physics professor at Florida International University in Miami.

As for when this will happen, you can sit outside tonight and get a ringside seat for the event, but it could be a long wait.

“It could go supernova in the next five minutes, or in a million years,” Simpson said. “We have no way of telling.”