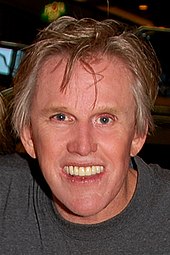 Let us begin Gary Busey Day on The Back Row! While this isn’t official, there are so many comical videos out there of Gary, I don’t imagine there is any way to escape the inevitability that he will be the theme of the day. Gary Busey has appeared in such films as The Buddy Holly Story (as Buddy), Lethal Weapon, Bulletproof, Predator 2, Point Break, and Under Siege. He was hilarious to watch in the recent season of “Celebrity Apprentice”, and is one of the rare cases in which his real-life persona is much larger than his film persona. Happy 67th Birthday, Gary!