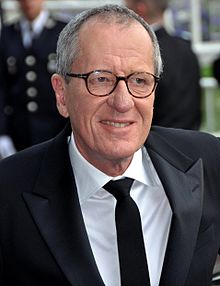 Geoffrey Rush jumped into the limelight when he won the Best Actor Oscar for his performance in Shine in 1996. Since then, he has appeared in such films as Les Miserables, Elizabeth, Shakespeare in Love, Quills, The Life and Death of Peter Sellers, The King’s Speech, and The Pirates of the Caribbean trilogy. Personally, as great as he is playing Barbosa in the Pirates franchise, my favourite Rush role would have to be either Casanova Frankenstein in Mystery Men or Stephen Price in The House on Haunted Hill.