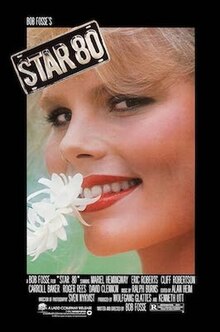 People always get very sceptical when I tell them this, but Eric Roberts can be a damn fine actor when he wants to be. In the early 1980s, Roberts was considered one of Hollywood’s most promising young performers, but a series of bad career choices and tendency towards overacting in some of his roles (not to mention getting seriously overshadowed by the mega-stardom of his sister, Julia) caused his stock to fall considerably by the time the nineties rolled around. Roberts has always worked constantly (with his filmography currently at 245 credits and counting), but he has spent the last several years mostly appearing in low-budget, independent flicks (such as Sharktopus), save for his turns as Sal Maroni in The Dark Knight and the main villain in The Expendables. For this reason, it always takes people by surprise, when I tell them that, yes, Eric Roberts was once nominated for an Academy Award. He delivered a strong performance alongside Jon Voight in the terrific 1985 action drama, Runaway Train, but his standout role probably came two years earlier when he played the obsessively jealous Paul Snider in the harrowing biopic, Star 80. The film was based on the real-life story of Dorothy Stratten, an innocent girl from Vancouver who went on to become Playboy Playmate of the Year in 1980 and seemed destined for big things until her estranged husband, Paul Snider, murdered her with a shotgun blast to the face before turning the gun on himself. Her husband was the one who discovered her and helped jumpstart her career, but he could not handle all the newfound attention she was getting and had a complete meltdown when their relationship fell apart. Star 80 is often classified as one of those well-made, well-acted films with such a grim outlook that you may not feel compelled to see it more than once, but it manages to keep your eyes glued to the screen while you’re watching it.

At the beginning of Star 80, Dorothy Stratten (Mariel Hemingway) is a shy, naïve teenage girl working at a Dairy Queen in Vancouver when she is hit on by a customer named Paul Snider (Eric Roberts), who is nearly ten years her senior. Paul is a smooth-talking hustler who makes his living as a night club promoter and comes off as a wannabe pimp, but Dorothy is eventually seduced by his charms and the two of them become involved in a relationship. Paul sees potential stardom in Dorothy, so arranges for a local photographer to take nude photos of her, which he sends off to Playboy. She is soon invited to come out to Los Angeles and visit the Playboy Mansion, and even though Dorothy is still underage and her mother refuses to sign the consent form, Paul forges her signature and takes her out there anyway. Dorothy meets with Hugh Hefner (Cliff Robertson), who makes her Playboy’s Miss August for 1979 and Playmate of the Year in 1980. Paul makes himself Dorothy’s manager, but he really does not do anything but spend her money and leech off her success. None of Dorothy’s new friends and acquaintances can stand Paul, and encourage her to break it off with him, but she stays with Paul out of loyalty. Paul becomes insanely jealous whenever Dorothy is away from him and is convinced she is screwing around, but of course, he’s also a massive hypocrite since he’s constantly cheating on her behind her back. Dorothy’s success with Playboy allows her to embark on an acting career and she soon secures a role in a film by a major director named Aram Nicholas (Roger Rees). The character of Aram is based on director Peter Bogdanovich, who cast Dorothy in his film, They All Laughed, and just like in real life, the two of them eventually begin an affair.

Dorothy’s relationship with Aram finally convinces her to leave Paul, and even though people advise her against it, Dorothy’s general decency and good nature compel her to have one final meeting with him to officially say goodbye and discuss their financial arrangement. On August 14, 1980, Dorothy met with Paul at their house, and he wound up raping her (both before AND after she was dead!) and committing the brutal murder-suicide. A constant air of dread hangs over Star 80 because you know exactly what is going to happen. The movie frequently cuts back to snippets of a bloody Paul rambling insanely while standing over Dorothy’s corpse, so even during the upbeat sections of the story where Dorothy achieves success, you’re always reminded how things are going to turn out. Star 80 was the final movie in the career of legendary Broadway/Hollywood director Bob Fosse, whose later films, such as Lenny and All That Jazz, were often character studies which showcased how a person’s success could lead to their own self-destruction. This particular story showcases how one person’s success can lead to another person’s self-destruction. Star 80 was based on a Pulitzer Prize-winning Village Voice article by Teresa Carpenter called “Death of a Playmate”, and the title refers to a vanity licence plate on a Rolls Royce that Paul bought with Dorothy’s money. The title suits the story just perfectly since Paul Snider personifies a controlling individual who believes he is a “star” because he made someone else a star and just cannot handle it when he realizes that she actually doesn’t need him. Bob Fosse has always said he wanted to tell the majority of the story from the Paul’s point-of-view instead of Dorothy’s because he found Paul easier to identify with. While the viewer doesn’t like or sympathize with Paul, his attempts to ride Dorothy’s success and make himself look relevant are often so sad and pathetic that you do come away feeling a bit sorry for him.

Even if Paul is not a likable or sympathetic, all that matters is whether or not he is a compelling character, and that’s where Eric Roberts’ performance shines through. He invests the role with so much energy and intensity that he is often mesmerizing to watch. Paul may be an evil sleazeball, but Roberts still makes him into a three-dimensional, suffering human being. He earned a Golden Globe nomination for his performance and really should have received an Oscar nomination as well, but this may be an example of a performance that didn’t get the recognition it deserved because it was TOO good. Anyone who’s ever had to deal with a dangerously obsessive spouse may find Roberts’ work so convincing that he’s too painful to watch. While most level-headed people might wonder how someone like Dorothy could fall for such a sleazy person like Paul, Mariel Hemingway is so effective at conveying her character’s innocence and naiveté that you can believe the relationship. The saddest part of the whole saga is that Dorothy’s death could have been avoided if she didn’t feel like she owed Paul for discovering her and helping her find her success. This story was initially covered in a 1981 made-for-TV movie called Death of a Centerfold: The Dorothy Stratten Story, which starred Jamie Lee Curtis as Dorothy and Bruce Weitz as Paul. Of course, translating this story to the big screen gave the filmmakers a lot more freedom to delve into its darker aspects, and that was one criticism that Star 80 faced on its initial release. While most of its critics acknowledged the film was well-made, they also questioned why such an unpleasant story needed to be told at all. The controversy continued when Hugh Hefner sued the producers of the film because he didn’t like how he was portrayed, though I personally think he comes across fairly well. Because it is not a pleasant film to sit through, Star 80 has been rather forgotten over the years and remains underrated today. There are moments in this film where you cannot watch, yet you cannot turn away. However, I’m one of those people who believes that any dark, unpleasant film is worth watching as long as it does a good job at telling its story, and Star 80 certainly succeeds. And, yes, if you want evidence that Eric Roberts really is a good actor, make sure you check this out.