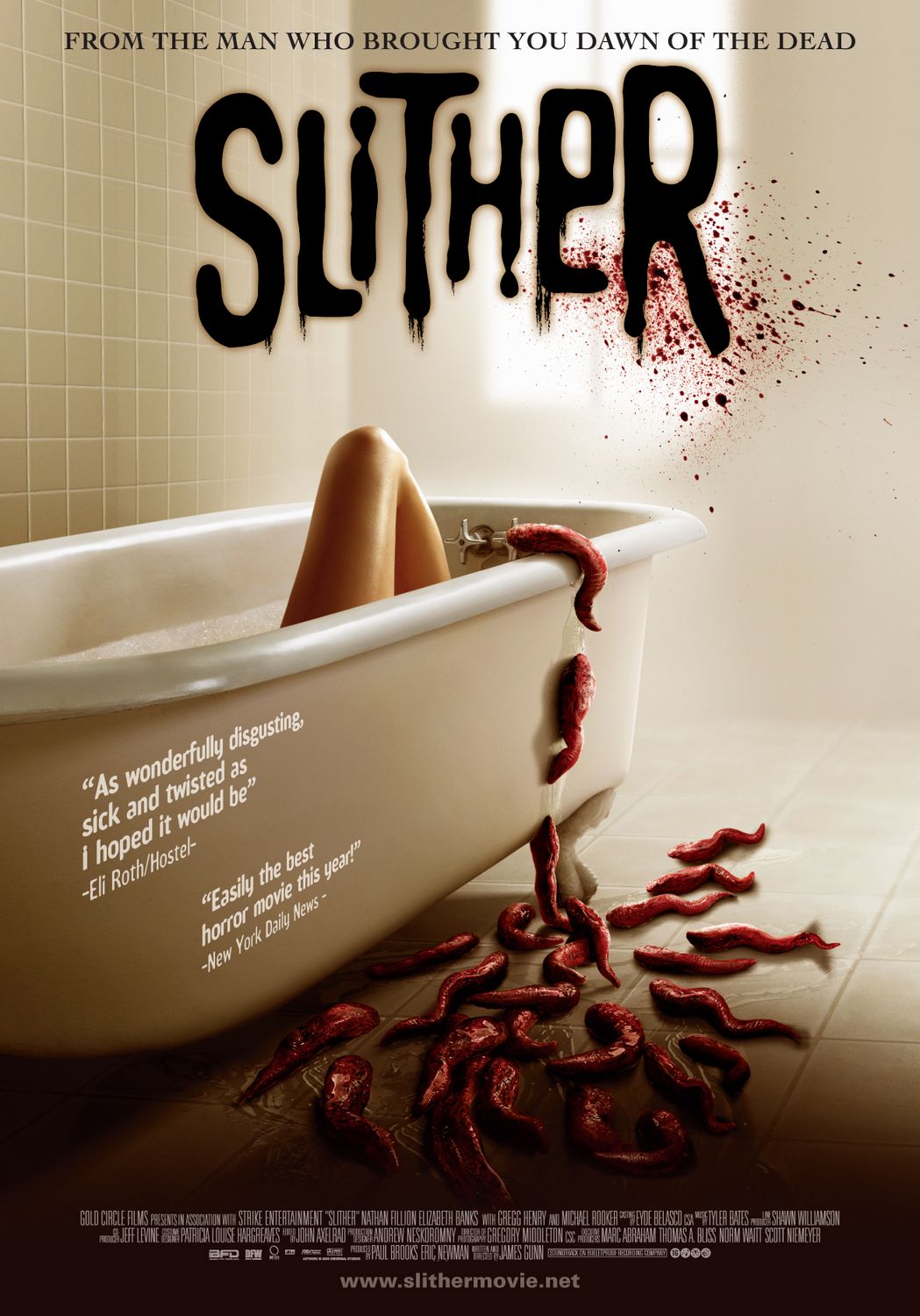 As you’ve no doubt heard, Guardians of the Galaxy is making a killing at the box office right now. I am not familiar with the original comic book at all, but most fans will tell you that they never would have envisioned a screen adaptation of Guardians of the Galaxy having a $94 million opening weekend. Well, I never would have envisioned such a thing happening to a film directed by James Gunn. Of course, it’s no longer unfathomable for filmmakers who started out with low-budget, ultra-gory horror films to direct hugely successful Hollywood blockbusters, as Sam Raimi and Peter Jackson have demonstrated. However, James Gunn seemed like more of a niche filmmaker. He started out his career working for Troma Entertainment, the king of low-budget schlock, and his first job was co-writing their oddball Shakespeare adaptation, Tromeo & Juliet. My first exposure to Gunn was when he ghost-wrote “All I Need to Know About Filmmaking I Learned from the Toxic Avenger”, the autobiography of Troma’s founder, Lloyd Kaufman. Gunn crossed over on to Hollywood by writing the screenplays for the Scooby-Doo films (we’ll try not to hold that against him) and started garnering notice when he penned the script for the 2004 remake of Dawn of the Dead, which is widely regarded as one of Hollywood’s best modern-day remakes. Two years later, Gunn finally got a chance to helm his own horror-comedy when he directed Slither, which unfortunately, turned to be an undeserved flop.

Slither takes place in a small, sleepy South Carolina town, where nothing much exciting happens and the community feels the need to celebrate whenever deer hunting season starts. Things change when a meteorite containing a strange extraterrestrial parasite crashes near the town. It eventually comes into contact with Grant Grant (Michael Rooker), one of the community’s most prominent citizens. Grant is one of those unsophisticated assholes who peaked in high school, but managed to snag the attractive, sweet-natured Starla (Elizabeth Banks) when she was young. They are both trapped in an unhappy marriage together, but the local sheriff, Bill Pardy (Nathan Fillion), still carries a torch for Starla. Anyway, once Grant comes into contact with the alien parasite, it takes over his body and gradually starts turning him into a slimy alien monster. As a result, Grant develops an insatiable hunger for meat and eventually graduates to devouring the local pets and livestock. Grant also kidnaps a woman named Brenda (Brenda James) and infects her with hundreds of alien slugs. In the movie’s most harrowing scene, the police discover that Brenda has been infected with so many slugs that she has turned into a giant blob and when she inevitably explodes, the slugs are unleashed upon the community.

Slither is one of those B-movies which doesn’t pretend to be anything other than it is and does its job very well. When it was released, the film actually managed to garner an 86 % approval rating at Rotten Tomatoes. While none of the critics thought Slither was piece of high art, most of them had to acknowledge that it was a first-rate entry in its genre. You can tell that James Gunn was raised on B-movies and has a perfect understanding of what makes them work and how to effectively combine horror and comedy. Essentially, this is probably what a Troma movie would look like if the director was given a $15 million budget to work with. The gory special effects don’t exactly look 100 % realistic, but that’s part of the fun. Gunn does not shy away from proudly referencing his Troma background, as The Toxic Avenger is shown playing on television in the background during a scene and Lloyd Kaufman has a cameo as the town drunk (needless to say, it was surreal seeing Kaufman pop up in a huge Hollywood blockbuster when Gunn gave him a cameo in Guardians of the Galaxy). There was some controversy surrounding Slither because of purported similarities with Fred Dekker’s 1986 horror film, Night of the Creeps. I honestly haven’t seen Night of the Creeps and Gunn claims he never saw it either, but to be fair, Slither never shies away from the fact that it’s a tongue-in-cheek pastiche of numerous horror films. This sequence, in which a girl is attacked by slugs in the bathtub, is an obvious homage to similar scenes from Shivers and A Nightmare on Elm Street, but Gunn milks those homages for everything they’re worth.

However, what sets Slither apart from most other B-movies are genuinely likable and entertaining characters, brought to life by a first-rate cast. It’s interesting how many of the actors here were just on the cusp on stardom. Nathan Fillion had already been on Firely at this point, but was still pretty much a cult actor when Slither came out. Elizabeth Banks was still relatively unknown at this point and it’s amusing to see Jenna Fischer (James Gunn’s wife at the time) in a small role as a bumbling radio dispatcher just before she found fame on The Office. Fillion is pitch-perfect as Bill Pardy, delivering some hilariously deadpan line readings, and the movie never shies away from the fact that Bill is kind of an incompetent sheriff. One of the best gags is when Gunn foreshadows that a grenade is going to play a pivotal role in the film’s climax, but it leads to an unexpected payoff where Bill bungles things up. Michael Rooker is typically great in the role of Grant, but the real scene-stealer is character actor Gregg Henry as the town’s asshole mayor. Unfortunately, even with its good word of mouth, Slither flopped in theatres and failed to make back its modest budget. The sad fact of the matter is that gory horror-comedies have never been known to draw as well at the box office as straight horror films and even the best ones have a niche audience. Gunn’s follow-up effort was the dark superhero vigilante comedy, Super, which failed to set the world on fire, so he seemed like a unlikely candidate to helm Guardians of the Galaxy. However, things have obviously worked out great for him, so here’s hoping that Guardians’ success inspires more people to rediscover Slither.