Runstedler’s DVD Pick of the Month: Song of the Sea

Posted on April 6, 2015 by curtisrunstedler 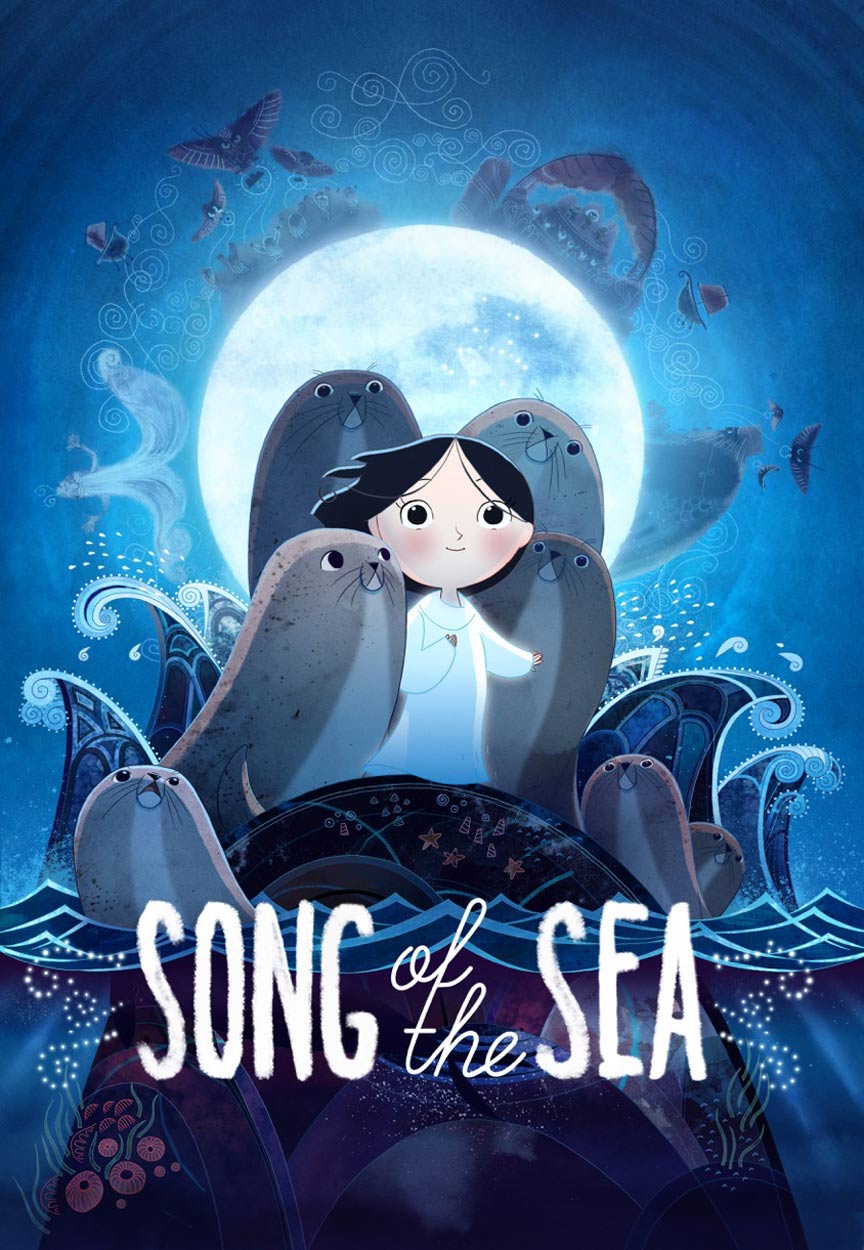 The film follows a lighthouse keeper (played by Brendan Gleeson) and his family. His wife is a selkie, that is a woman capable of transforming into a seal. Before she dies, she gives birth to Saoirse (my favourite character), an endearing little girl who shares her mother’s powers of transformation, yet does not speak. Unfortunately, her abilities are not nurtured, either by her understandably overprotective father and her shit brother Ben (David Rawle). To make matters worse, the caring but naive grandmother arrives from the city (her car comes rolling off the ferry, polluting the clean air with dirty plumes of exhaust). Unlike the vibrant natural world around the lighthouse, the grandmother’s presence signifies  urban decay and a lack of spirituality. The grandmother is ignorant of her ancient culture and folklore, despite the fact that her family is deeply embedded in it. Her world is empty and devoid of the supernatural, yet she is not a malevolent figure, only ignorant of the past. There’s no magic in her life, and magic is so fundamental to this world and culture. The children are brought to her place in the city, where they naturally escape.

From there, they encounter the faeries, who are drawn to Saoirse’s magical powers. The faeries in this film are eccentric and delightful, in the guise of hoary-haired, joyous old men who are only too happy to meet more magical characters and sing and dance. Unfortunately, the villain, the Owl Witch, a seemingly harmless faery who likes to transform into an owl, is dead set on capturing the souls of these perfectly kind old ones into jars and turning them into stone. What a bitch! In the meantime, Saoirse and Ben, alongside their dog Cú (short for Cú Chulainn, most likely), must return to the sea before Saoirse transpires. Time is ticking!

Like The Secret of Kells, Song of the Sea is a visual feast. Saoirse’s world is alive with colour and detail. I was particularly drawn to the magical lighting and transformation sequences. The scenes where she transforms into the selkie were beautiful. The animation really brings the stories of ancient Ireland to life, and the expression of the art invites you into this journey. Song of the Sea celebrates the past, present, and future. While I really enjoyed The Secret of Kells, I actually preferred this one. Its modern day setting felt more personal and relevant, and I liked the idea that magic and the supernatural were still integral and inseparable to their Irish culture. Song of the Sea is a enchanting journey that must be seen.