This weekend marks a departure of sorts for Arnold Schwarzenegger. He’s been the superstar Austrian Oak with the impenetrable accent for so long that it’s difficult to imagine him vanishing into a character who doesn’t blow people up. In the lurching but haunting drama Maggie, Arnold is tearful, he dons flannel, he wears a Grizzly Adams beard and he doesn’t toss one catchphrase at the undead while he dismembers them. Truthfully it’s an understated, mournful performance that deserves praise. It’s also his lowest budgeted movie at $4.5 million. All of these factors add up to Arnold really tipping his toe in untested waters. But he isn’t alone. Other luminaries have also tried to shed their world-renowned image to varying degrees, and in this article I will list them and grade them based on how much success they found. 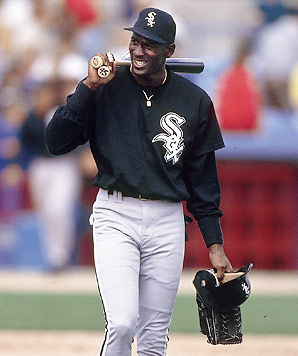 His cumulative 15-year tenure in the NBS on the Chicago Bulls and Washington Wizards will forever be legend. His uncanny effortlessness in performing slam dunks earned him the nickname “Air Jordan” which also spawned a popular shoeline. Some might argue that his foray into acting with Space Jam was his biggest gamble but I beg to differ. Jordan always possessed a natural charisma and he performed in various commercials so he could easily translate to the movies. For me, his most prominent change was in 1994, when he retired from basketball to dabble in baseball. It was a noble enterprise to pursue his late father’s dream of being a MLB star but it didn’t coalesce. His first at-bat was a disastrous strikeout and his team, the Birmingham Barons, lost in a 10-3 defeat. Overall, his batting average was a middling .252 and it felt like a publicity stunt. Afterwards he would return to the basketball arena which is where he truly shined.

Michael Bolton is an example of a crooner who might not swagger with the likes of the Rat Pack but his mellifluous voice is a tool of seduction for droves of women. He was a songwriter of treacly tunes like “How Am I Supposed to Live Without You?” before becoming a stage act himself. His style is typically categorized as Adult Contemporary and it’s a sandbox he is most comfortable playing in. Circa 1985, he sported permed curlicues, an ill-fitting leather jacket (with shoulder pads) and a hard rock album entitled “Everybody’s Crazy“. To accurately describe how devastatingly discordant this record is, it is featured in the classic Back to School where the main villain is hosting his own lame party and this adds to the depressing atmosphere. In the hair band culture, Michael ranks down near Winger. 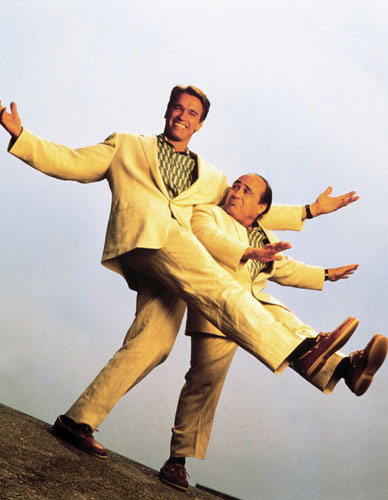 Pumping Iron introduced us to Schwarzenegger who went to win the Mr. Olympia title. He was gap-toothed, disproportionately muscular and spoke in a thick, barely intelligible Teutonic accent. The casting for Conan the Barbarian seemed like an arduous undertaking because the filmmakers needed someone who could convincingly be an swords-and-sorcery warrior with larger-than-life physicality and screen presence which most bodybuilders didn’t exhibit. Arnold was later cast when the producers saw a rough cut of Pumping Iron and he became a blockbuster headliner overnight. They thankfully downplayed his dialogue to hard-boiled tidbits but he was absolutely perfect during the brooding action set pieces and swordplay. After years in the action-adventure genre, Schwarzenegger was ready for another challenge: comedy. Thus Twins was born and his chemistry with Danny DeVito was a giddy dynamic of opposites like Laurel and Hardy. The movie itself is a mediocre fish-out-of-water farce but Arnold is amusingly childlike. Then Arnold got the governorship in a stranglehold and beat the political arena like a multi-headed Hydra. Now, in Maggie, he has accepted his age and he lumbers with a world-weary heaviness on his shoulders. His daughter is decaying before his eyes and he must choose the Sophie’s choice of euthanasia: a lethal injection or a shotgun blast. Arnold is paternalistic and quietly strong. It suits him well and I’m sure we will continue to subvert the limitations placed in front of him.

This entry was posted in Lists, Movies, Music, Other Stuff. Bookmark the permalink.