The Pop Culture of Tomorrow Today 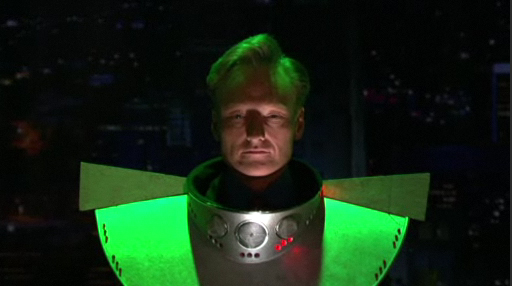 The future of civilization looks pretty bleak. Certainly I sound pretty cynical and nihilistic when I make statements like that. But filmmakers like George Miller have taken a telescope and looked deep into our inevitable fate and it’s not all sunshine, rainbows and gumdrop mountains. Luckily we as a species can anticipate the media bonanza ahead and prepare accordingly.

MUSIC: Over our portable, thumbnail musical devices, the human race will be united. Not by a political movement. Not by an environmental crisis. It will be Wyld Stallyns, a revolutionary headbanger band that was started by Bill Preston and Ted Logan as a garage project. These “righteous dudes” saved not just San Dimas but they made the Earth a truly excellent place to live. In their vision and surfer spirit, this two-man act created a utopia. 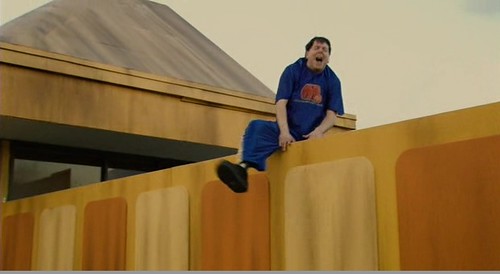 TELEVISION: If Two and a Half Men can conquer the ratings for several prime time slots, is it really inconceivable for Ow My Balls! to not be a gangbusters smash. By the time it reaches the airwaves, dysgenics will cause the pseudo-intellectuals to breed at an exponential rate and the slobbering mongoloids who are their descendants will relish this lowbrow sensation. Physical abuse as a form of sadistic comedy neared its apex during the late 20th century with Jackass and it shows no signs of slowing now.

FOOD: Have any of you tried hufu? It’s tofu with the distinct musk, flavor and texture of human flesh? Next question, did you enjoy it? If so, the future has quite the welcome surprise for you. Considering the fact that the population is becoming unmanageable, we must resort to the most efficient livestock we know- ourselves. In the year 2022, homeless and other less fortunate types will be processed and served up as hearty servings of Soylent Green. If wendigo is correct, it should make you stronger with each tender morsel. Open wide and have a second helping of Frank.