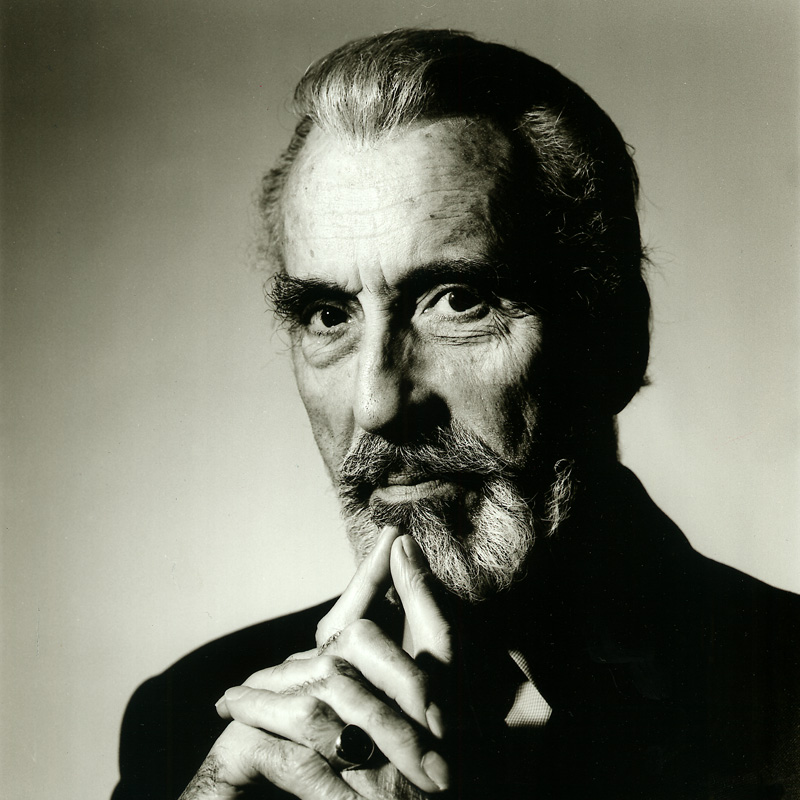 On June 11th, we lost one of our most prolific character actors of all time- Christopher Lee. As hard as it might be to believe, Lee was the brunt of bullying during his formative years. As to be expected from his urbane demeanor, he later attended Wellington College where he received high honors for his studies in Ancient Greece and Latin. Before his acting career was in full flight, Lee volunteered for military service in the Royal Air Force.

Once he left the service and returned to London, his cousin, the Italian Ambassador to Britain, was instrumental in encouraging Lee to pursue a thespian trajectory. At the Rank Charm School, the only acting gigs that Lee was handed were background or supporting players for his ten-year tenure.

Shortly after a stint in Douglas Fairbanks Jr. films starting in 1952, Lee hit his stride when he began collaborating with Hammer Studios in 1957. Their first film together was The Curse of Frankenstein, a colorized, audaciously atmospheric retelling of Mary Shelly’s tale where Lee met his on-screen foe and off-screen friend, Peter Cushing. If you haven’t seen his output with Hammer, you owe to yourself to track them down. The sets are ornate, the gore quotient is surprisingly ample for the time and Lee absolutely seizes the films with his towering presence. In most cases, he accomplishes feats of wonder with minimal to no dialogue ala my personal favorite, Dracula: Prince of Darkness.

Lee could embody malevolence with a touch of posh gravitas. He played a count innumerable times (Count Dracula for Hammer Studios and Count Dooku in the Star Wars prequels), a mummy, occult leaders and a sinister wizard in the Lord of the Rings. But for me, his most iconic, immortalizing role was Lord Summerisle in the gonzo horror-musical masterpiece The Wicker Man. Apparently he did the film without a fee but he certainly didn’t sleepwalk through the film. His chant while the titular effigy is set ablaze is enough to tingle the spines for all eternity. 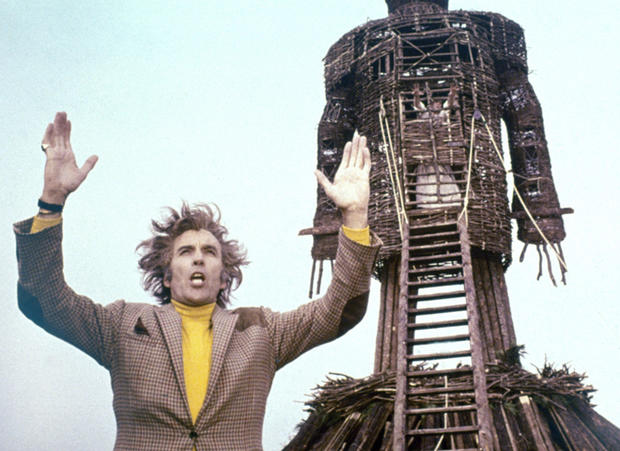 Lee will be sorely missed by genre fans, Tim Burton devotees and erudite students of film alike. But he left a legacy of indelible gothic stateliness for us to revisit and rediscover. Here’s an obscure tidbit- Lee was a devout heavy metal enthusiast and he appeared in several low-budget music videos for his favorite thrasher bands. Even in his 90’s, Lee was a headbanger. Rest in peace, Mr. Lee.

This entry was posted in Literature, Movies, Music, Other Stuff, TV. Bookmark the permalink.