In preparation for this week’s episode of True Detective, I decided to solidify my opinion on this perennial season by revisiting last week’s offering. I have to be aboveboard and say that my opinion has diminished. The barroom scene of a slightly disheveled singer drowning her sorrows with a “sad” swan song is a self-parody of loathing. In fact, episode 1 felt like a self-pitying without the benefit of substantive reward. How does Episode 2 fare? I would conclude significantly better.

Frank’s maxim-filled monologue about not being able to “take [money] with you” and being”rich is better than being poor” is fairly prosaic. I do, however, love how Vaughn conveys his morning-dew existential dread which is spurred by two water marks on his bedroom ceiling. I’d rather characters be overly analytical of their circumstances than be vapid pawns in a cosmic chess game. Vaughn’s highlight reel for the series will certainly revolve around his implicitly menacing “rescue” of a journalist involved in an article about Vinci’s sweat shops. Vaughn is propulsive and subtly snarling during this scene.

Another improvement over last week is the more assured use of anamorphic, widescreen lensing. I also enjoy the miscommunication of the pecking order among the trio. Ray is told to “run point” by the Vinci mayor and Frank on the investigation but is he actually an inferior figurehead on the totem pole according to his teammates? The actors are more comfortably enmeshed in the luridly funny Elmore Leonard language (Ray compares smoking an e-cigarette to “sucking a robot’s dick”). Plus, Ray isn’t sullenly pining over his fractured connection with his son Chad with a bottle affixed to his hand 24/7. 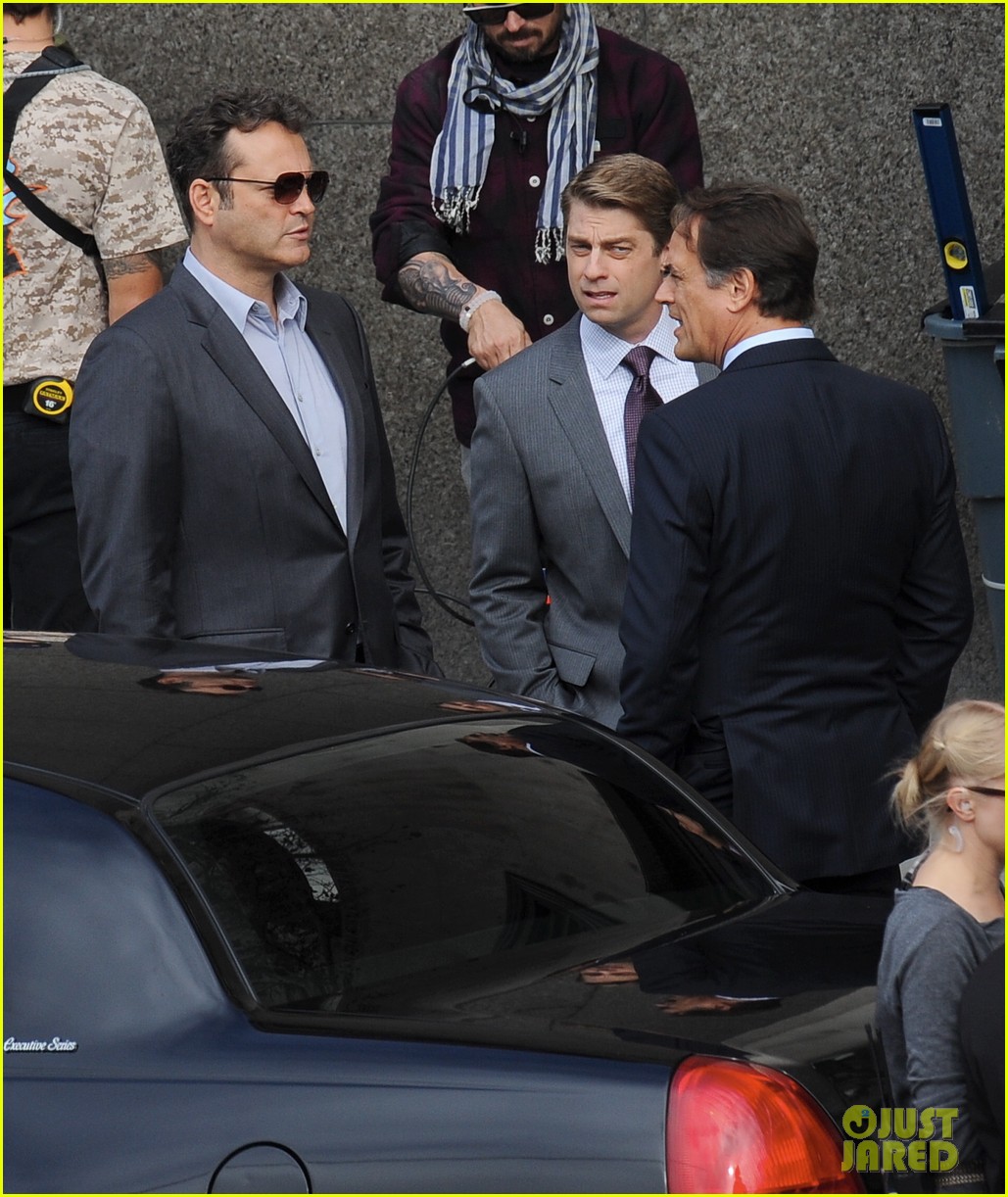 Unlike the philosophically out-of-synchronization Cohle and Hart, Ray and Ani are kindred spirits with a vice-ridden coping mechanism for the filth around them. Ray doesn’t hesitate to exorcise his demons about the sins he committed for his ex-wife to Ani and she doesn’t become outraged and judge him for it because they share a similar worldview. However, this dynamic is curtailed by the shocking last scene.

What hasn’t been mitigated is the bathos present in everyone’s backstory. Now Paul is beleaguered with an impotent broken-home relationship with his possibly incestuous, trailer-trash mother Nancy Simpson (Lolita Davidovich). The attention span wanders during these unwelcome intermissions rather than narrows its eagle-like gaze. In the overview though, these digressions are marginalized and don’t overshadow the strengths of this week’s more volatile, riveting episode. It also provides the season with its brilliantly all-encompassing tagline courtesy of anti-capitalist Ray (“My strong suspicion is we get the world we deserve.”).