Being as I’m a huge fan of the Terminator franchise, I’ve decided to post a retrospective on the series as a whole before the release of Terminator: Genisys on Wednesday, July 1st, 2015.

While the series is now an example of tentpole escapism, it began as a cautionary B-movie of mankind in their death throes at the mercy of self-aware machines when Silicon Valley was in its infancy. It’s a sweaty, fever-dream-induced warning that is skillfully whittled by the maestro James Cameron.

Linda Hamilton is a bit of milksop as this version of Sarah Connor but she doesn’t allow her to retrogress into a feckless damsel-in-distress. More importantly, her low-key butterflies with the reverential Biehn are given hearty breathing room during a tunnel scene. He flinches slightly when Sarah runs her fingers over his scarred back and his proclamation of time-displacement love is both unsettling and beautifully romanticized.

To pacify her nerves, she asks Reese to “talk” about himself and all of the flash-forwards are nightmarishly haunting visions of a metallurgic wasteland. The scale-model integration is superb and the tactic ground warfare is grittily guerilla with humans in bunkers and soldiers in low-tech flak jackets. 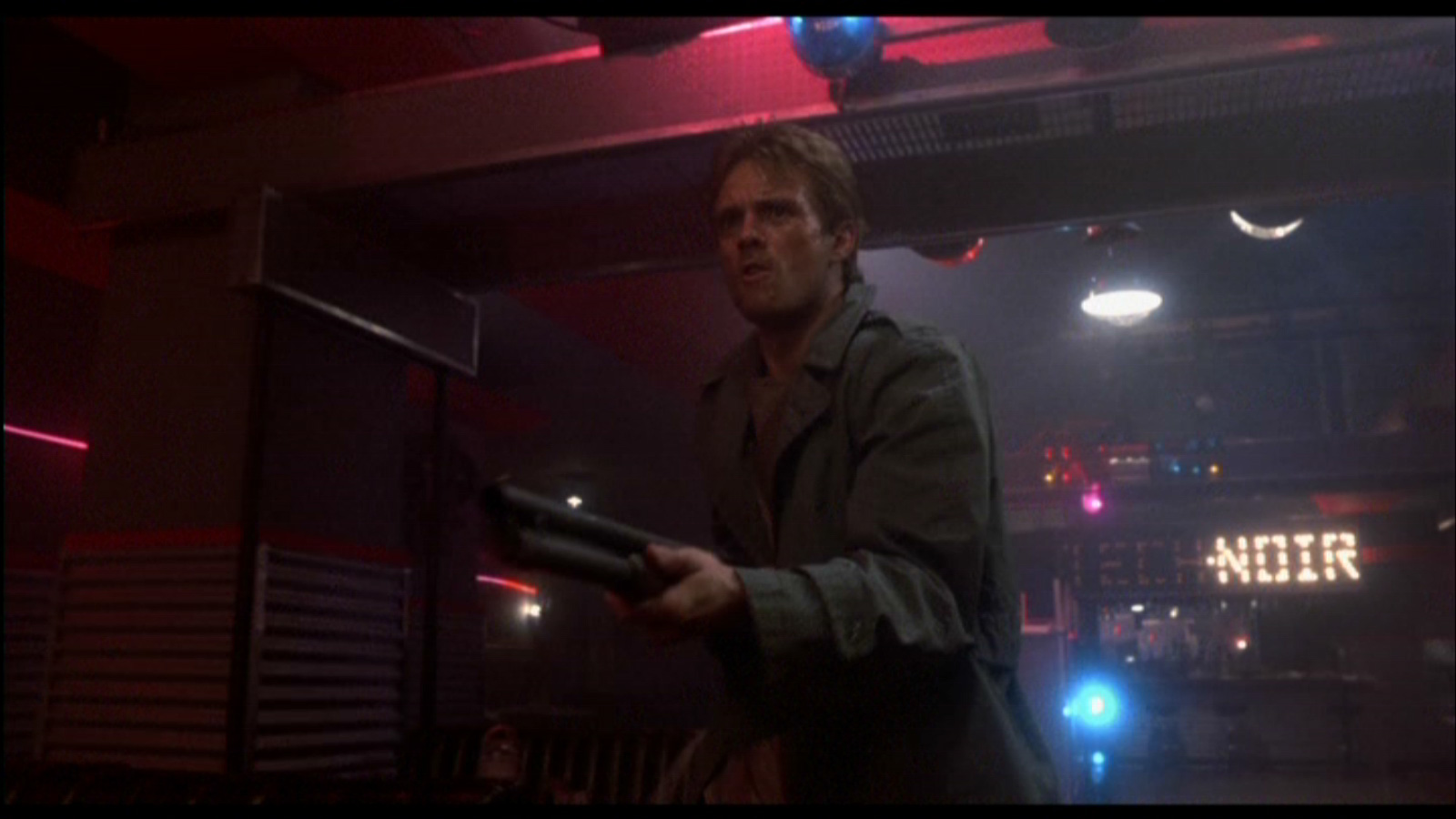 The expository sections where Reese delineates the bleak future of a human concentration camp, which are normally pauses between the supercharged action, are actually fascinating passages. It is a tandem of Biehn’s fierce desperation and Cameron’s vividly illustrative scripting. He also draws allegories to the Holocaust (the emblazoned numerical tattoos on the forearms) but he never pushes it atop a soapbox.

From his entrance, Dr. Silberling is already an excellently narrow-minded minor villain in the canon. The dauntless cynic whose armchair psychology undermines Reese and Sarah’s preposterous . He yawns continually when a tearful Sarah and a frantic Reese describes their predicaments. He cackles at the playback of Reese’s interrogation and bluntly says with profiteering skepticism, “I can make a career out of this.”

For his part, Schwarzenegger is absolutely brilliant. His countenance is alien with his disproportionate upper body and his scowling gaze is chilling as he reconnoiters the area in a squad car. Schwarzenegger definitely collaborated with a mimicry coach when he reassembles his gun without looking down and it pays off in dividends. While some of Stan Winston’s stop-motion is dated, The Terminator is a sizzling, dark-hued masterstroke of the sci-fi action phylum.