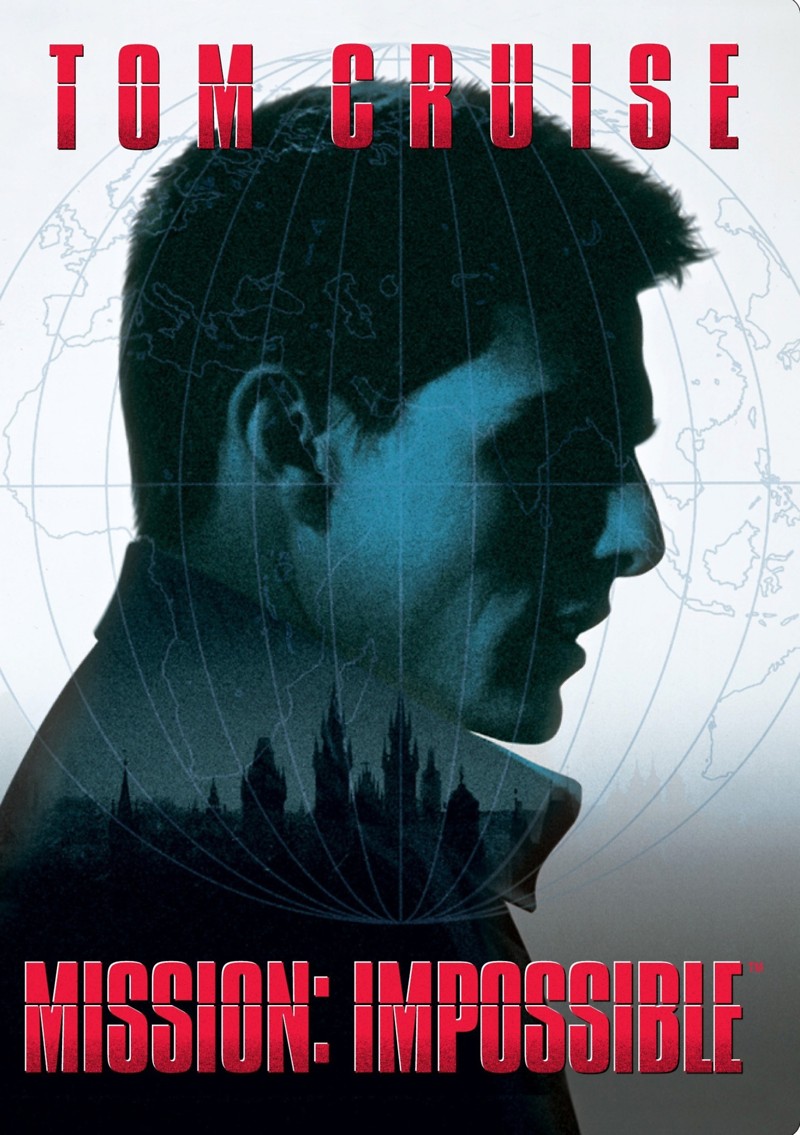 With Tom Cruise committing his suicide to celluloid (or digital) again for Rogue Nation on July 31st, I thought it would be appropriate to dissect the entries leading up to his latest untenable assignment.

MISSION: IMPOSSIBLE
It probably seemed unlikely in 1996 that Tom Cruise, one of the most lionized box office stars, would saddle himself to a franchise when he had a veritable smorgasbord of projects to choose from. And yet five films later with rumors of a sixth installment already unspooling at Paramount Pictures, the espionage brand is at its pinnacle of popularity.

For the first outing, Brian De Palma is the helmsman and it incontrovertibly emblazoned with his hallmarks. A dinner rendezvous where Ethan Hunt (Cruise) is accused of being a double agent is framed with traditional Dutch angles. More than once, he shifts to his most characteristic, neoclassical shot- the POV of a predator in pursuit of their quarry. 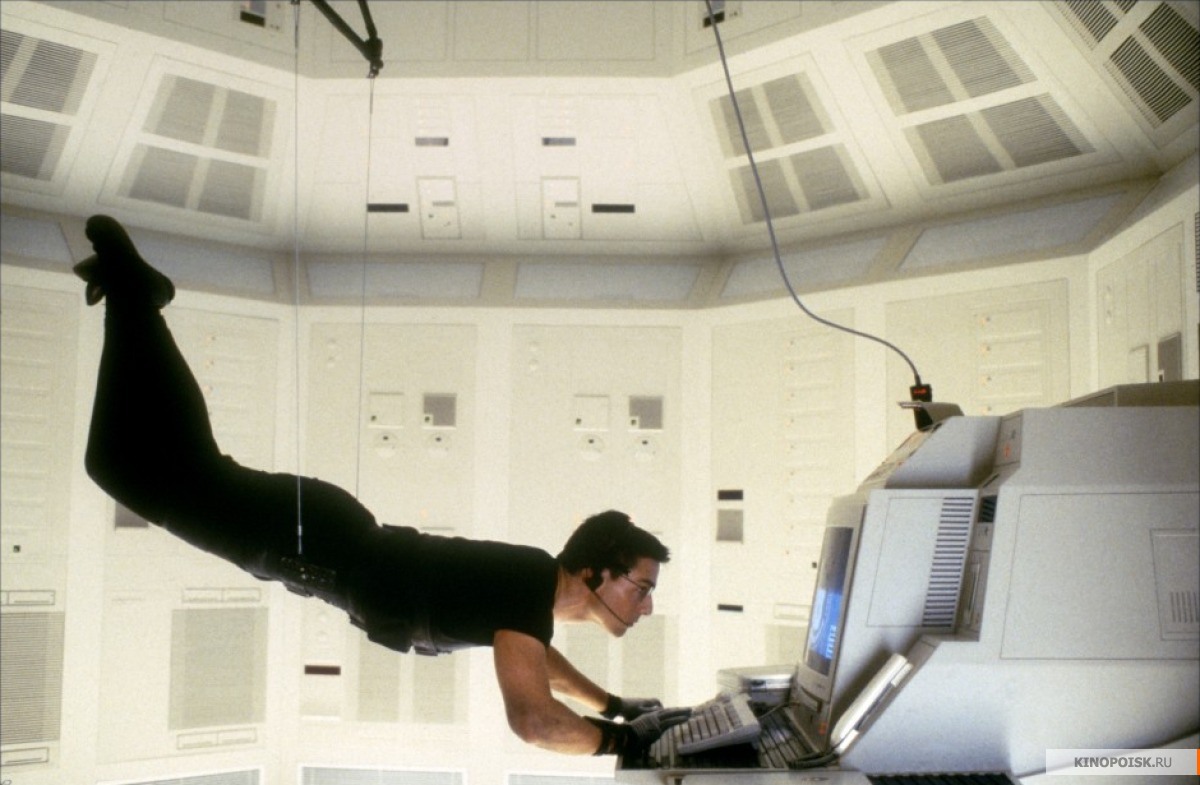 De Palma doesn’t overreach into his Hitchcockian worship on this film although the amount of double and triple crosses become absolutely absurd. While it is culpable for the attributes that are synonymous with Mission: Impossible (the latex masks, the gadgetry, the team disavowal), it is also the most tedious of the bunch. Scenes of high-wire tension like the aforementioned combustible-gum escape are showstoppers but they are diamonds hidden within the almost somnambulistic pace and contrivances.

On top of that, Cruise hadn’t quite polished his dashing action chops yet and he often comes across as smarmy in his NOC exchanges with Max (the coquettish cougar Vanessa Redgrave). Judging from these past few paragraphs, it could be construed that I was underwhelmed by this preliminary adventure. On the contrary, the film is redeemed immeasurably by two sequences that are categorized in the annals of action movie history.

The first is the crisply executed harness stunt where Ethan is suspended in a temperature-and-volume-garrisoned room where the slightest sound or rise in heat could trigger an alarm. De Palma wisely ratchets the breathlessness to nearly exhausting lengths with complications from a rat in the ventilation system to a bead of sweat off Ethan’s glass. The second is the Channel Tunnel chase which is still dazzling in its breakneck speed and rear projection for the train.

Yes, it’s mildly disenchanting that the team is dispatched early on (Emilio Estevez’s tech guy Jack Harmon would’ve been an amusingly wiseacre recurring character) and the murder mystery is an inscrutable web of deceit. Nevertheless, the film is urbane, moderately engrossing entertainment of the highest caliber and it spawned the modern-day spy genre.
Rating: 3 out of 5