If the dreary European Vacation proved anything, it’s that the Griswolds are at optimal dysfunction when they are stateside which explains why Christmas Vacation is a mirthful, gregarious return-to-form for the franchise. While the ensemble of grandparents is an underwritten afterthought, Chase doesn’t buckle under the herniated pressure and this is only secondary to the first film for quality’s sake.

Of the paramount improvements is the reprise of Cousin Eddie and honestly, Randy Quaid plunders a majority of the yuk-yuks with his sweetly panhandling act. It’s difficult not to snicker when Eddie misconstrues Clark’s “heart bigger than his brain” insult as a compliment or when Eddie is disseminating his septic tank into the gutter because the “shitter was full”.

Chase exhibits a naturalistic chemistry with the ravishing D’Angelo but his security blanket are side-splitting scenes of quietly seething resentment with Quaid (“Anything I can do for ya?…Drive you out to the middle of nowhere, leave you for dead?”). John Hughes bores straight to the irritants of the season (ex. The Christmas lights assembly, gift-wrapping, the tree selection, etc.). 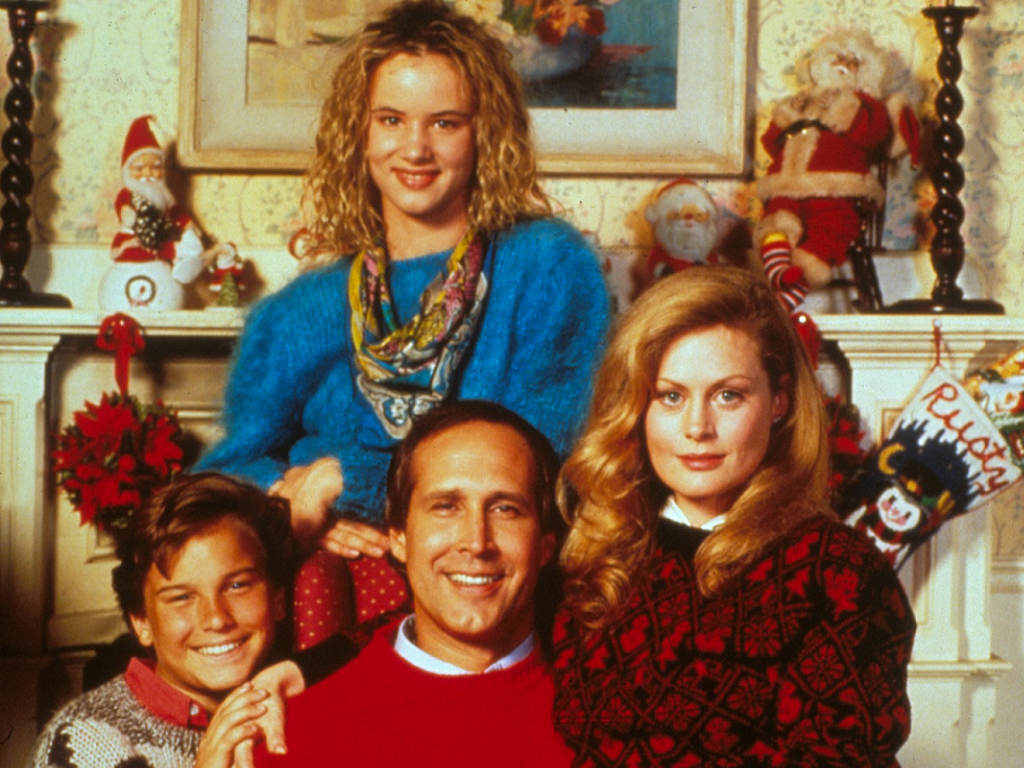 Personally, this might be the funniest performance by Chevy in the whole series. His innuendo-laden Freudian slips with a department store employee and his rooftop physical comedy are all pitched perfectly. His finest moment is Clark’s breathlessly verbose tirade against his cold-blooded boss (Brian Doyle Murray) after he supposedly receives his bonus check. Chase seizes the George Carlin-esque monologue and recites it in an outburst that is both senseless and achingly human.

Next door to the Griswolds is the zenithal target for Clark’s Murphy Law: two postmodern yuppies without a family to gather around the fireplace (the enjoyably stiff, Type-A foils Julia Louis Dreyfus and Nicholas Guest). The height of madcap lunacy is the squirrel chase and Jeremiah Chechik displays a knack for Mel Brooks delirium with Angelo Badalamenti’s score as an impish companion to the wildly overamped proceedings.

Today, this is deservedly lauded as a perennial holiday classic and it is repeated on television stations. For all intensive purposes, Christmas Vacation overshadows the 1983 paradigm in most viewers’ memories. If this had concluded in a trilogy, it would’ve been a hermetic franchise with terrific bookends. Purposelessly the Griswolds would sojourn to Las Vegas in their next disenchanting add-on.