Posted on February 2, 2016 by castordurden

The tone of this very offbeat, altogether splendid episode is in league with James Gunn and his Troma output. Two stoners are huffing paint fumes in the woods and musing about werewolves until a scaly creature with the texture of Lou Gossett Jr. from Enemy Mine shrieks and flees a murder scene. The X-Files can shift from paranormal horror like last week to deadpan farce like this week without it feeling like a gimmick. It goes to show how mutable and amenable the canvass is.

It took two episodes but Duchovny and Anderson are now rejuvenated and their banter is back to brass tact. For instance, when Mulder rants to Scully in her taxidermy-adorned hotel room and basically recounts how the entire dialogue will continue between them. Just as Mulder is about to resign because his work has been debunked since his retirement, Scully heeds his disillusionment with another “monster” case. The cross-examination of a crack-addled prostitute is wryly funny with specifics about how the leviathan was wearing underwear.

Duchovny’s constantly flickering camera app is a hilarious example of how Mulder is a bit clueless about modern technology. Screaming with the lens pointed the wrong direction, Morgan comically exploits Mulder’s frightful haplessness to its fullest potential. He also populates the frame with hysterically eccentric fringe players like the Peeping Tom innkeeper.

By far, my personal favorite was a Russian psychologist who deconstructs that past societies were as obsessed with “impotence” as we are since every folkloric critter is vanquished via penetration of a phallic object. By the conclusion, Darin Morgan has scrawled a lovingly tongue-in-cheek wink at Scooby-Doo with the culprit being an impostor who would’ve gotten away it if it weren’t for those meddling FBI agents. 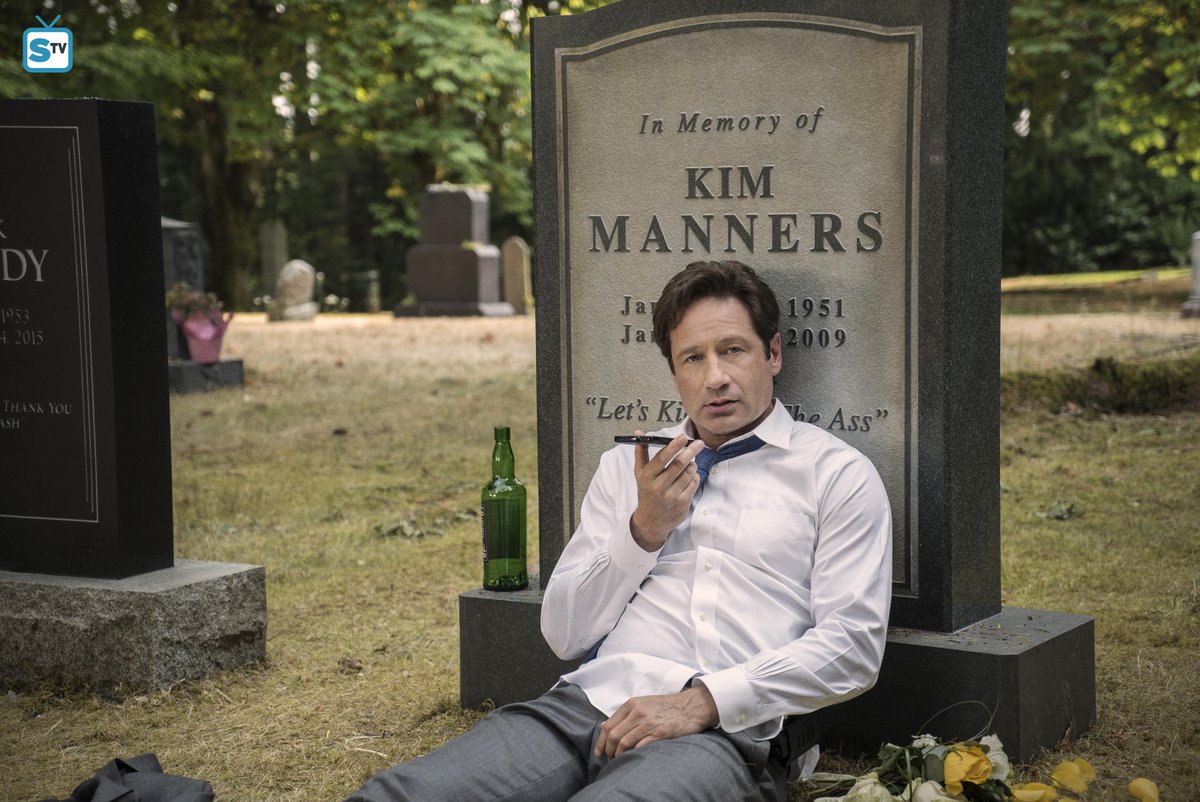 The fairly innocuous explanation by Guy Mann (Rhys Darby) is an unpredictable detour that will upend every expectation. Whether it’s the self-defense run in the beginning or his sadly human concerns about a 401k, Darby regales us with every quirky, minute detail (“Whenever I’m human, I can’t help but lie about my sex life.”). The Rashomon seduction with Scully unleashes the foxy, sexpot side of Anderson.

I was floored by this episode and I decree that the X-files should continue down this path of self-deprecation. Every series reaches a point of diminishing returns where it threatens to become a self-parody but X-Files is first to nip it in the bud with wildly reflexive, meta genius.