Posted on September 11, 2018 by castordurden 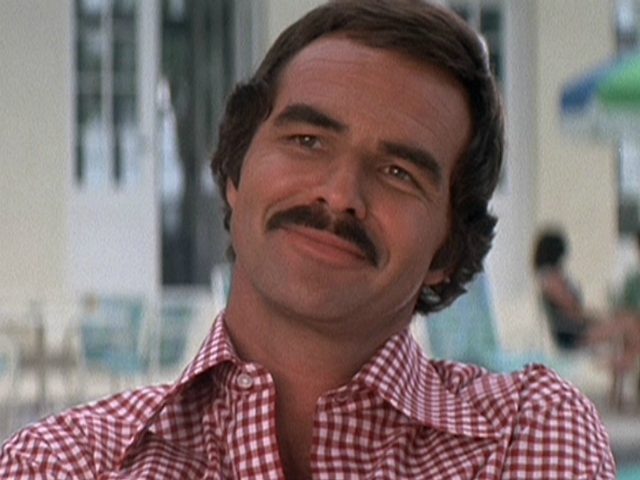 With or without his trademark mustache, Burt Reynolds was a demigod on two legs and four wheels. His most crowd-pleasing sleeper was ‘Smokey & The Bandit’ but Burt was more prolific than just vehicular mayhem and Southern-fried charm. For every ‘The Longest Yard’ and ‘Deliverance’, there was a relatively minor entry in Burt’s dilating filmography. While I consider myself a Reynolds-phile, there are several titles I have neglected to see heretofore. Since his recent passing cast such a wide pallor over my fondness for his legacy, I’ve decided to hydroplane over his blockbusters and throttle through his lesser-known pictures. 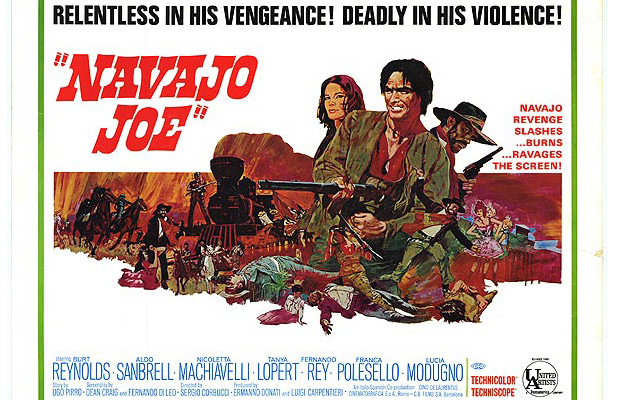 For some reason, Burt was typecast as a Native American in his early career from Gunsmoke to this spaghetti western. While he was quite swarthy at the time, his looks are distinctly WASP-y. Sergio Corbucci doesn’t dawdle with superfluous runtime before a group of desperadoes remorselessly slaughter Navajo Joe’s (Reynolds) tribe wholesale. A scalping of a Native woman is particularly grisly. As with most Dino De Laurentiis productions, the film is boldly lurid on a wide canvass. Genre plagiarist Quentin Tarantino even purloined some of the musical cues for Kill Bill and for good reason, the score is sensationally thunderous.

As Joe, Reynolds is nearly apparitional as a majority of the flick hinges on the outlaws. He looms over the hillside and vanishes after extracting vengeance. The dubbing is venial since Burt is just looping himself. The film itself is unrelentingly grungy, sharply lean and viciously wanton (various horses are visibly injured for a stagecoach stunt and later a tree branch topples onto one). Burt is more virile than ever and he looks athletically possessed when he bounding over horses and firing rifles at his enemies. This is truly an unsung gem in Burt’s catalogue. 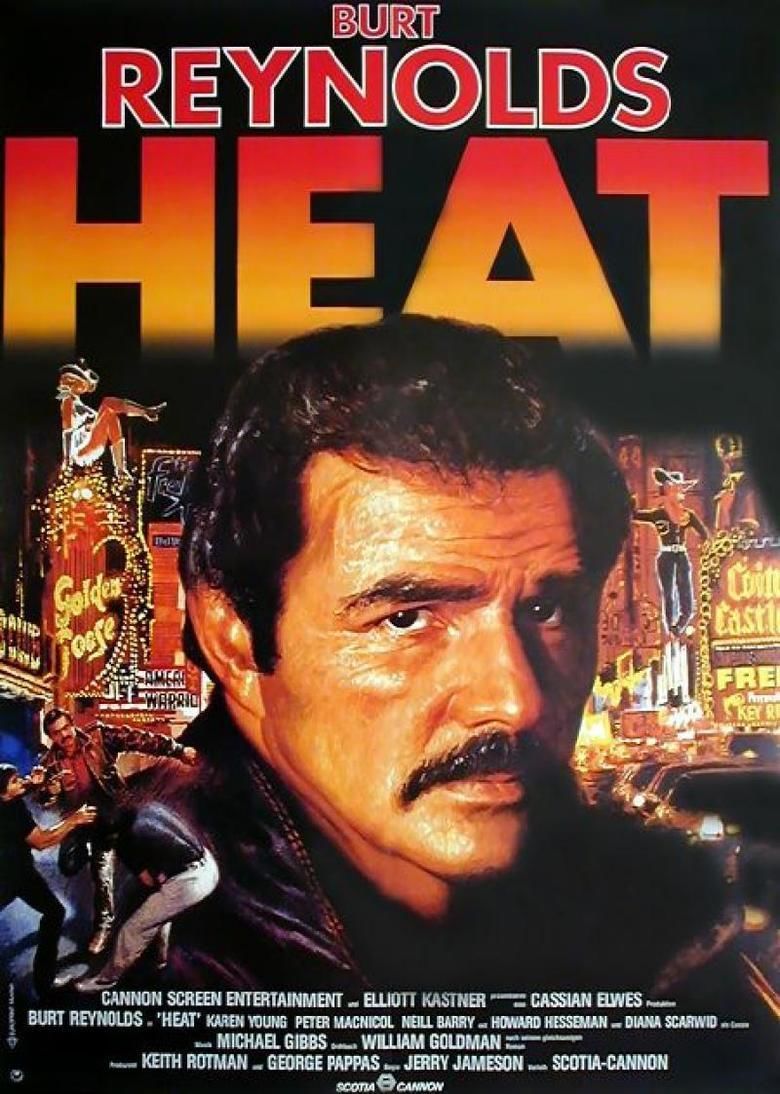 Based on a novel by William Goldman, the wunderkind behind ‘The Princess Bride’ and ‘Butch Cassidy and The Sundance Kid’, ‘Heat’ was a downswing for Burt after the colossal box-office dud that was ‘City Heat’. Originally earmarked for ambient-floor-noise auteur Robert Altman, the film vacillated between two other directors and the end result is a disjointed, capricious adaptation in the guise of a burnished character study. The shortcomings are not the screenplay which is chock-full of quotable colloquy (“I’m not a virgin except in my heart.”) that doesn’t falter into the Goldman quagmire of being too overripe and quippy.

The phlegmatic direction by either Dick Richards and Jerry Jameson is the reason for the film’s perdition. The quizzical introduction to Nick Escalante’s (Reynolds) “chaperone” occupation limps along without energy. The few action scenes are irrevocably hamstrung by jarringly feckless slow-motion and conspicuous stunt doubles (Burt’s akimbo kick into an overhead light is obviously not the 50-year-old Reynolds). Additionally, DeMarco (Neill Barry), the avaricious, misogynistic villain, is a sniveling, skinny underachiever who poses no threat to Nick. Equally dispiriting is the anticlimactic comeuppance for DeMarco. 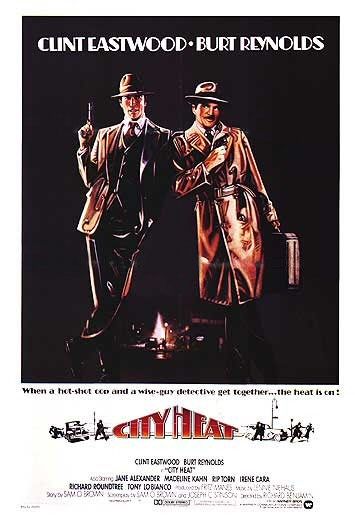 Clint Eastwood and Burt Reynolds were peers from their contract-player days and it was only a matter of time before the two machismo juggernauts would join each other for a dual vanity project. Of the pair, Reynolds is the more daffy but the picture is oddly mirthless and stillborn despite the pedigree of the stars and director Richard Benjamin. Burt is too overcranked with his Mel Blanc reactions while the more low-key Eastwood can easily elicit a snicker from an eyebrow twitch when his coffee is accidentally splattered during a thug confrontation.

Speaking of the tussle quotient, in lieu of a rapturous storyline, the film is a Sisyphean string of fist fights and brawls (one of which was the catalyst for Burt’s jaw to be wired shut and a subsequent weight loss). What exactly is side-splitting about a multitude of glanced punches? Somehow, the 1933 period environment is strictly insular and cloistral with the studio backlot shrinking the milieu.

Perhaps a backlash of ego, Eastwood and Reynolds hardly share the frame together. They investigate the murder of Murphy’s (Reynolds) partner on parallel treks that scarcely intersect. While the film is scandalously bereft of chortles, it won’t trigger vehement hatred because of the jovial aura underneath the hapless flotsam. One peculiar sidenote is Reynolds is masticating on a matchstick at one point which could be the inspiration for Sylvester Stallone’s eccentricities in the mammoth guilty pleasure ‘Cobra’.