Celebrity Birthday of the Day – November 22 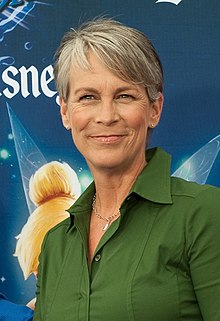 Jamie Lee Curtis, of course, starred in 3 of the Halloween movies. What’s that, kids? There are only two Halloween movies? Well, sorry to break it to you, but the Halloween franchise existed prior to Rob Zombie. Not only that, but it set the tone for all stalker, boogeyman movies that followed. And Jamie Lee Curtis starred in Halloween 1, 2, 7, and appeared briefly in part 8. She also had memorable roles in A Fish Called Wanda, My Girl, and True Lies. She is getting rather hard to watch in her older years, but I think that is mainly due to her movie choices. Oh how I wish James Cameron would do a True Lies sequel!