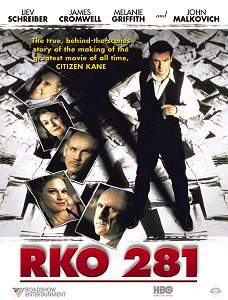 There are few cinematic subjects which inspire more debate than whether or not Citizen Kane is truly the greatest film ever made. Even though the movie has held that title for several decades, it’s not uncommon for younger viewers to watch Citizen Kane for the first time and wonder what the big deal is. However, what many people fail to realize is that many of the tropes, narrative devices and visual techniques which are considered common practice in cinema today were truly groundbreaking when they appeared in Citizen Kane back in 1941. It’s also worth mentioning that there was little talk of Citizen Kane being the greatest film of all time until many years after its release. Kane failed to make much of an impression at the box office during its original theatrical release. While it garnered nine Academy Award nominations, it only took home the trophy for “Best Original Screenplay” and Kane pretty much faded into obscurity until there was a resurgence of interest in the film during the 1950s. Until that point, the most memorable thing about Citizen Kane was the huge amount of ire it generated from newspaper magnate William Randolph Hearst, one of the most powerful men in America at that time. It was no big secret that the story of Charles Foster Kane was based on Hearst, who wanted to do everything in his power to ensure that no one ever saw this film. The “Battle Over Citizen Kane” is one of the most legendary stories in Hollywood history and would be chronicled in a 1999 made-for-television movie from HBO called RKO 281. It’s amazing to think that the greatest film of all time was nearly destroyed before it even saw the light of day.

After a successful career on Broadway and in radio, Orson Welles (Liev Schreiber) is signed to a contract by George Schaefer (Roy Scheider), the head of RKO Pictures. Even though Welles is only 24 years old, this is the most lucrative contract ever offered to a first-time Hollywood director, granting him complete artistic control. Given that Welles achieved notoriety with his infamous radio broadcast of The War of the Worlds, the studio would love for him to direct a screen adaptation of H.G. Wells’ novel, but Welles has much loftier ambitions. He receives a sudden jolt of inspiration after attending a dinner party and having an unpleasant conversation with William Randolph Hearst (James Cromwell). Welles teams up with his friend, Herman J. Mankiewicz (John Malkovich), a once-distinguished screenwriter whose career is floundering because of struggles with alcoholism. They devise a story about a newspaper tycoon named Charles Foster Kane, who builds a media empire and becomes one of the most wealthy and powerful people in America, but is such a cold, ruthless individual that he ultimately alienates everyone in his life and dies a sad, lonely old man. Of course, many elements of Kane’s story would be heavily inspired by the life of William Randolph Hearst. The project, titled Citizen Kane, is given the green light by the studio under production number “RKO 281”. Welles completes the film, but a shitstorm begins developing once it catches the eye of notorious gossip columnist Louella Parsons (Brenda Blethyn), one of Hearst’s most loyal employees. Once Hearst views Citizen Kane for himself, it becomes apparent that he’ll do everything in his power to prevent its release.

One of the biggest story arcs in Citizen Kane is Kane’s relationship with his mistress-turned-wife, Susan Alexander. Even though he was married, Hearst had a much younger mistress named Marion Davies (Melanie Griffith) and the character of Susan Alexander is clearly modelled after her. And, of course, the urban legend is that “Rosebud” was Hearst’s pet name for his mistress’ sex organ, and Hearst was allegedly horrified that the meaning of the word “Rosebud” would be the central mystery driving Citizen Kane’s plot. Hearst’s reaction was not only use to his influence to convince RKO Pictures to shelve the release of Citizen Kane and keep it from the public eye, but to intimidate all the major Hollywood studio heads into conspiring to destroy all existing prints of the film. Even though RKO 281 is only 86 minutes long, it crams an awful lot of material into that running time and provides an eye-opening look into one of the most fascinating chapters in the history of motion pictures. The project was originally intended as a big studio production to be directed by Ridley Scott and would feature a truly dynamite A-list cast: Edward Norton as Welles, Marlon Brando as Hearst, Madonna as Marion Davies, Dustin Hoffman as Herman J. Mankiewicz, and Meryl Steep as Louella Parsons! Ultimately, however, no studio wanted to commit to the large budget this production would require and RKO 281 ended up becoming a much smaller-scale made-for-cable film. Ridley Scott became executive producer while the relatively unknown Benjamin Ross took the directorial reins. That said, it also scored the coup of having a then-unknown John Logan write the script, and he would go on to garner three Academy Award nominations for his screenplays for Gladiator, The Aviator and Hugo. And even though RKO 281 was unable to retain its original casting choices, it still has a very solid crew of actors, who all does first-rate jobs. Liev Schreiber might not seem like the most conventional choice to Orson Welles, but he inhabits the role perfectly.

One of the most surprising elements of RKO 281 is how even-keeled it is about presenting both sides of this tale. You’d think the film would be presented as an inspiring underdog story about a young ambitious director overcoming the odds against the studio system and a wealthy megalomaniac villain, but the narrative is not that black and white. Obviously, William Randolph Hearst will never be regarded as one of the most sympathetic figures of all time, but RKO 281 does not shy away from the fact that someone did make an unauthorized film about his life. You can under understand and sympathize with the perspectives of both Hearst and Marion Davies, who are horrified to see fictionalized, but unflattering versions of themselves presented to the entire world on a movie screen. Watching the film, you do get the impression that Hearst and Davies genuinely did love each other. At the same time, Orson Welles does not always come off as the most likable figure here. He may have been breaking cinematic ground and creating a masterpiece, but he also did not hesitate to step on others in order to do so and seemed unphased by the idea that his film could ruin the lives and careers of many people. But then, it’s unlikely that something as daring as Citizen Kane would have even been possible if its creator didn’t have such a large ego. The “Battle Over Citizen Kane” was ultimately a clash between two monstrous egos, but the end result was the most renowned film of all time. RKO 281 is a very entertaining chronicle of what might be the important behind-the-scenes story in the history of cinema and is a must-see for film buffs everywhere.